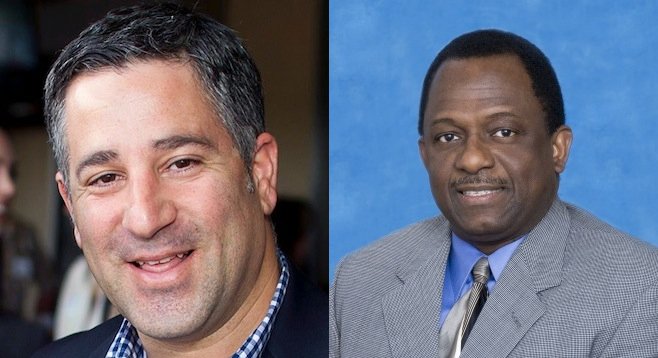 How Darbeau's hide was nailed

The story broke May 19 on U-T San Diego’s website: "Port CEO seeks tenant work for son," read the headline. "Darbeau asks for help from those he holds sway over."

On its face, the paper — owned by GOP real estate magnate and bayside hotel developer Douglas Manchester, who is fighting a legal war against the California Coastal Commission to build a massive commercial development on the old Navy Broadway office complex — had nailed a sizable bureaucratic hide to the wall.

Three days later, on May 22, the U-T ran a follow-up, reporting that "Pasha Automotive Services — one of the port’s largest tenants — was asked by Port CEO Wayne Darbeau to employ his son in 2012, and the company did so, letting him work as a warehouse inventory clerk from June to August, according to Darbeau and his son’s resume."

Though Darbeau denied he had extended favors to Pasha and withdrew his request for a summer job for his son, the paper was not yet done.

On June 10, Manolatos and Port District attorney Thomas Russell quietly signed a contract for Manolatos "to provide strategic communications services to [Russell] and the Board of Port Commissioners."

The document, released by the port after a request under the California public records act, set the consultant's hourly fee at $175, plus expenses, including "wire service fees, large-volume (more than 25 at a time) photocopying, clipping service, travel outside San Diego County, parking, overnight mail delivery and courier services, which shall be billed at actual cost….

Though the document itself offers no specifics regarding the consultant's duties, Manolatos confirmed in a telephone interview that he had been retained to assist with media requests regarding port records and information on Darbeau.

His services were required, he said, because the port's public relations and clerical staff reported to Darbeau, creating a purported conflict of interest.

According to a July 1 invoice, Manolatos logged 36.5 hours during June, billing the port $6387. The port redacted descriptions of his activities before it released the document. 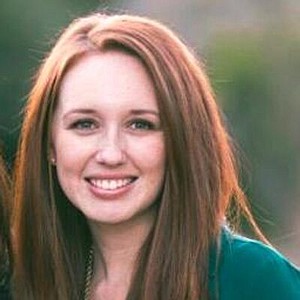 However, an August 1 unredacted Manolatos invoice that the port subsequently said had been mistakenly divulged shows that the consultant had repeated contact with U-T reporter Ashly McGlone and also communicated with U-T editorial writers.

On July 14, Manolatos spent two hours, on "Emails, phone calls with Ashly, Port Clerk, port staff and Bob," according to the invoice.

Manolatos spent a total of 13.5 hours on "document review" through the middle of July, according to the August invoice. The consultant billed the port for 40.5 hours, valued at $7087.50.

Meanwhile, the U-T had sharpened its focus, including a June 20 piece reporting that, based on "a new letter obtained by the U-T," Darbeau "eased contract requirements for waterfront tenant Pasha Automotive after the company employed Darbeau’s son for a summer job."

Darbeau was fired by the port commission on July 25. Manolatos spent an additional 13.5 hours prepping for a “News Conference and Special Board Meeting” for that event, the invoice says.

"At the end of the paid leave, Darbeau — whose annual base salary is $267,800 — will receive an additional six months of severance pay," the U-T reported, not noting the Manolatos fees. “The port will also cover $10,000 of his legal fees from an internal review of his conduct."

Seems to this outside observer that no "implying" is necessary: someone had to be the go-between, so why not former U-T staffer and hustler Tony Manolatos who certainly is sitting in the catbird seat, contacts-wise. As for his price, maybe he will raise his fee -- or maybe he is working at discounted "family" rates.

Why did someone need to be the go-between, exactly?

Six months of severance pay for Darbeau? $133,900? How can that possibly be justified? Why did the Port Board approve that? Are they still paying for his health insurance?

Because we don't get to vote on fat cat salaries but the well-to-do want us to vote on a low wage no/low benefit workers wages.

Friday morning 8 am, September 24, 2010 we had a meeting at Port of San Diego with then-Port CEO Charles Wurster and Vice President of Administration Wayne Darbeau. We verbally agreed to a course of action for solutions to our outstanding 2006 Seismic concerns. Both Port Executives agreed to ask our State Geologist John Parrish for help and assistance in adherence to the State Seismic Hazard Mapping Act as it relates to active faulting on public Port Tidelands subject to liquefaction. And recommendations for public utilities prone to soil deformation. Later that afternoon then-Port CEO Wurster resigned.

On October 5, 2010, 11 days after the abrupt resignation after our verbal agreement, Wayne Darbeau became the interim, then final President/CEO of the Port agency. He did all he could to hide evidence of active faulting on Port tidelands from the State Geologist, Port Commissioners, Public, etc. The Port is still in collusion with the City, CCDC, Airport Authority, and local judges.

Good riddance. Hopefully someone with ethics or a clue at the Port will asked the State Geologist to step in and give the San Diego region, including Coastal Commission staff, guidance on the ignored standard of care. All government agencies ignore their responsibility to confirm or deny active faulting under liquefiable soils on public State Lands. Including the Airport, North Embarcadero Visionary Plan (NEVP), Navy Broadway Complex (NBC), Old Police Headquarters, original Convention Center basement that leaks, Tenth Avenue Marine Terminal (TAMT), and the Point Loma Fault near Nimitz.

We can only marvel that the Mill, aka UTSan Diego, chose to out this scandal. Actually it wasn't all that big a scandal, as they go here and in most big cities. His indiscretion was very small town in nature. So, why the expose?

The usual apologists will say it was racism, pure and simple. I'm not among them, but the involvement of the Mill is, shall we say, unusual.