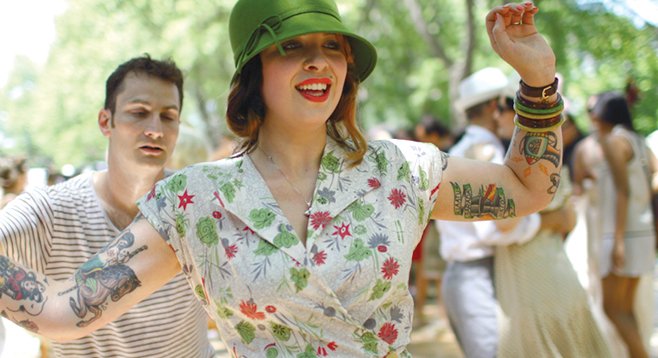 A lot of people seem to identify tattoos with hipsters, but I feel like hipsters hardly have a monopoly on tattoos. Plenty of my friends, who aren’t what I think of as “hipsters” have tattoos. I’m a 32-year-old office-worker with a golden retriever, no cats, no music on vinyl, and one small tattoo that I have had forever. I wonder, is it time to let the whole tattoos and hipsters association slide?

Yes with an if, no with a but. My favorite.

Many people who aren’t hipsters have tattoos, so we can disassociate hipsters and tattoos, if and only if we acknowledge the key role that hipsters have played in pushing the boundaries of tattoo as an industry and art form. At least in the mainland U.S. and similarly “Western” countries (where tattoo doesn’t have an association as a traditional art form), tattooing used to be stigmatized as the province of prisoners, sailors, and other unsavory elements. As they do with everything else that’s someone else’s culture, hipsters (mostly of the rock-and-roll ilk) adopted tattooing. The demand for more “artistic” tattoos provided the momentum for tattoo artists to develop much more conceptual tattoo styles that transcend the classically symbolic role of tattoo.

Statistics now demonstrate a rising trend in the popularity of tattoos. So many people under 40 now have tattoos that it’s only a matter of time before having a tattoo puts someone in the majority. Even so, we can’t discount the link between hipsters and tattoos. It’s still relevant, because hipsters still love tattoos, but we do have to question the automatic assumption that tattoos = hipster. In fact, the idea of tattoos indicating countercultural values may be only that, an idea. They’re more cosmopolitan than people think.