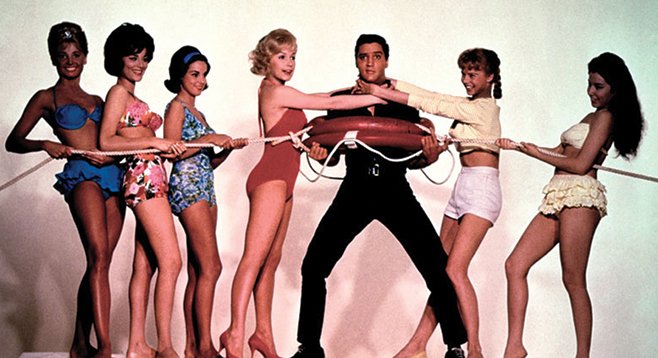 Donovan’s Reef: This movie is about an idyllic beach-bum lifestyle. Lee Marvin and John Wayne hang out drinking and fighting in Wayne’s (Donovan’s) nautical bar on a beach in the Hawaiian Islands. The movie is titled after the bar! Huge Tiki statues on beach for arrival of Polynesians.

Girls! Girls! Girls!: The lesser known of the Elvis-in-Hawaii trilogy (not counting his ‘68 Comeback concert special). It comes after Blue Hawaii and Paradise, Hawaiian Style. By day, Elvis is a tuna-boat skipper, by night, he’s a crooner in a nautical nightclub. The pinnacle of the movie is when Elvis gets in a gang fight in uses a Tiki as a weapon!