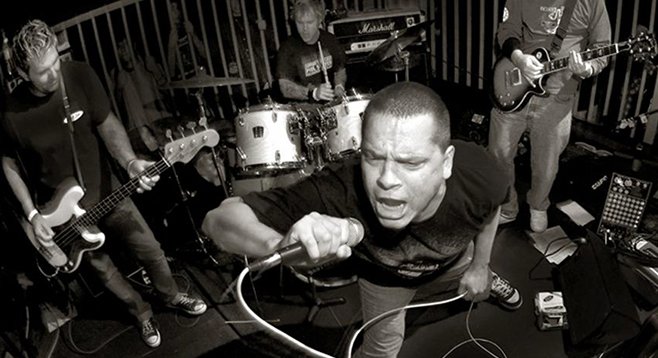 Thursday 9
English electronic alt-rockers Kasabian jack in at House of Blues behind this year’s 48:13, which I’m guessing is its run time. Named “the best live act in the world today” by Q magazine, Kasabian co-headlined this year’s Glastonbury Festival with Metallica and Arcade Fire, and interestingly enough to share, Dolly Parton opened for them. We here at Monk Inc. love Dolly, but honestly, I wouldn’t know a Kasabian song if it was flying out of my bum. So, I gave the new record a cursory spin (“Oasis with more electronic doo-dads,” is a pretty fair assessment) and even picked a clip for this week’s podcast. Now we’ll all know lead single “Eez-eh” if it comes flying out of my bum. Japanese acid-punk quartet Bo Ningen (pronounced bone engine — cue Beavis laughter) will open the show.... Best of the rest finds a couple old-school pub-rock acts up in the Heights Thursday night, as the “world’s loudest folk band,” the Tossers of Chicago, Illinoise, throw down at Soda Bar after Continental and Lexington Field...while Barrie Masters and his new incarnation of Essex, England pub punks Eddie & the Hot Rods roll into Til-Two with the Widows and Dime Runner. I have a Rods record called 35 Years of Teenage Depression, which is a 2011 remake of their 1976 debut Teenage Depression and is pretty g-d good...We Are Sirens and Willa will, ah, split a hip-hop and dance-pop bill at NoPark hot spot Bar Pink...Casbah’s staging ’70s-style shredders Old Tiger and garage-rocking New Kinetics...while SanFran folk-punk band Pamplamoose plays the Loft up at UCSD after our own tribal-dance duo Okapi Sun. 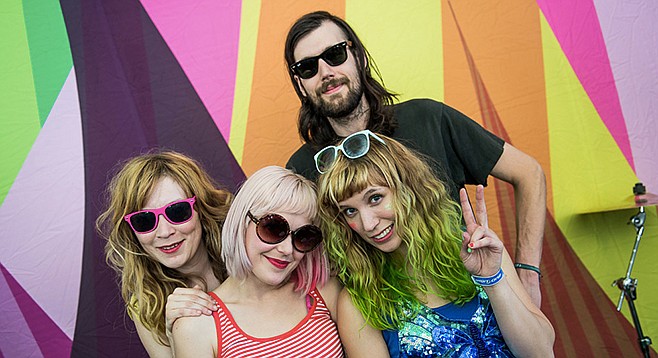 Friday 10
At the courthouse downtown on Friday, the Ché Café will state its case for unlawful detainer against UCSD. In case you’ve been napping the past few months, the La Jolla university is in the process of razing the landmark co-op so it can plant some money seeds in that fertile earth and grow some more money trees. Go “Yay!” and “Nay!” at the appropriate times in Department 69 at 330 West Broadway at 1:30. No, punky, you don’t have to wear a tie.... On Friday night, after all that wicked important adjudicatin’, the Suede + Arctic Monkeys bloke-rock mashing Drowners will wash up at Soda Bar behind this year’s s/t Frenchkiss record. Got a fun track called “Luv, Hold Me Down” clipped into this week’s show if you’re interested...and right down the street from the Soda, the Seattle act that spells the same backways as frontways and lays down a tasty set of doo-wop pop, TacocaT, will dish up this year’s well-received record, NVM, at the Hideout. I lost the CD to the g-f’s car — can’t find anything in that rolling catchall. Colleen Green and the Cardielles open the show.... Now that the North Park streets are safe(r), you could do some club-jumping around University and 30th, as that seven-piece country-fried R&B band Behind the Wagon hitches up at Bar Pink...while over at Seven Grand you got the Nawlins-informed Euphoria Brass Band blasting their heavy-metal horn attack.... If I don’t mention that teen sensation Lorde’s at the California Coast Credit Union Open Air Theatre at SDSU I’ll get a bunch of grammatically challenged/challenging hate mail. So, teen sensation Lorde’s at the California Coast Credit Union Open Air Theatre at SDSU. She does that song “Royals,” which I’m sure will be co-opted and played to (my) death if KC makes it through the ALDS. 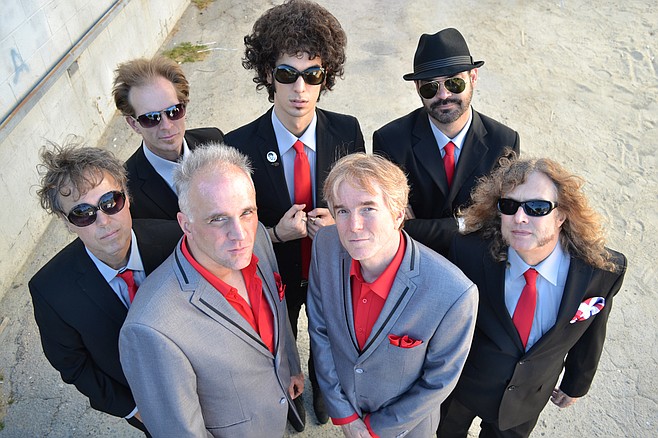 Saturday 11
Jody Foster’s Army, better known as JFA, is an old-school four-piece hardcore band from Phoenix. In the early ’80s they made a name in the Southwest skater communities with surf-rock-informed tracks such as “Blatant Localism” and “Valley of the Yakes,” which are two of the genre’s essential seven-inchers. JFA’s changed over the years, more rock than roll these days, but the classics still kill onstage, and these guys get a pit spinning. Which I’m sure they’ll do when the Army invades Porter’s Pub Saturday night after lots more hardcore by No More Saints, Systematic Abuse, Rotten Scallywag, Creeps AD, and Black Heads.... Not into it, there’s a super-strong locals-only four-band bill at Casbah, featuring Nuggets-hugging psych-rock acts Shake Before Us, the Loons, Shady Francos, and Grim Imperials.... And speaking of Nuggets, one of the originals, Mighty Manfred of the Woggles, and his band the Magnificent will take the Tower Bar after our own salty sock-hop rockers Gone Baby Gone.... Austin artist Stefanie Franciotti and her experimental-pop act Sleep∞Over take the Hideout stage after Vaniish, Body of Light, and Tropical Popsicle.