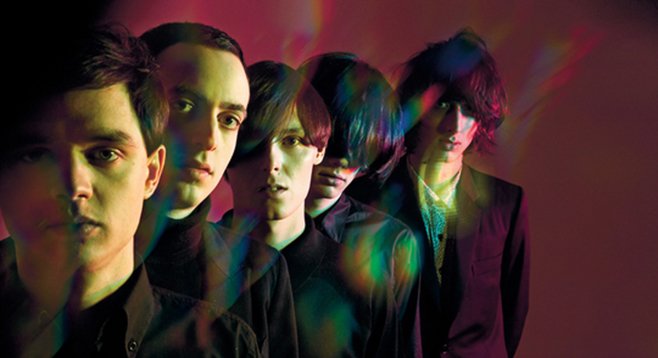 The Horrors aim to improve your Halloween mood

Plus Poliça, Tijoux, Zoso, and the best of the rest in the San Diego clubs this week

Sunday 12
According to Wikipedia, Ana Tijoux is the daughter of Chilean parents living in political exile in France, which rock writers agree informs her songcraft. Tijoux broke internationally with Latin hip-hop collective Makiza, from which she has split, enjoying a pop-crossover career on the strength of her excellent 1977 solo set. Tijoux effectively grinds the political into personal and has an off-beat ear for some sneakily catchy cuts. Check out the title track on this week’s Crawler pod for the proof and the pudding. Tijoux plays a Casbah-curated show at Belly Up on Sunday night.... Casbah proper stages English indie act Young Rebel Set, which is out to tout their latest, Crocodile. Kera & the Lesbians open the show. 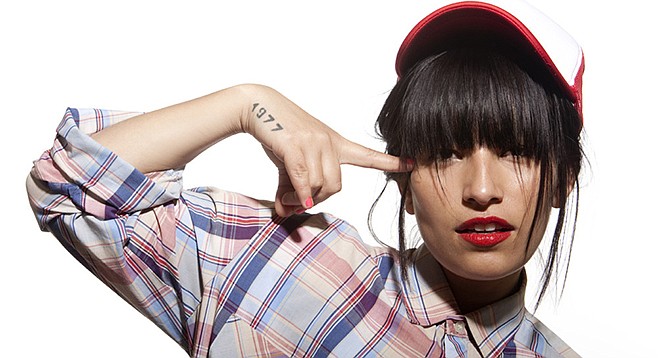 Chilean hip-hop hit Ana Tijoux will be at Belly Up on Sunday.

Monday 13
For those of you in need of a Halloween mood boost, English goth-rock act the Horrors will be at Belly Up on Monday night. The band’s toned-down their Jesus & Mary Chain ways for something shimmering on this year’s XL set Luminous. Recommend Primary Clours as the Horrors’ primary inroad, though, as it’s there that their “psychotic sounds for freaks and weirdos” grew (stage) legs. With psych-rock honeys Ripley Johnson (captain of the very heavy Wooden Shjips) and his musical/romantical partner Sanae Yamada, aka Moon Duo, setting it up, this’d be the show to see this week. 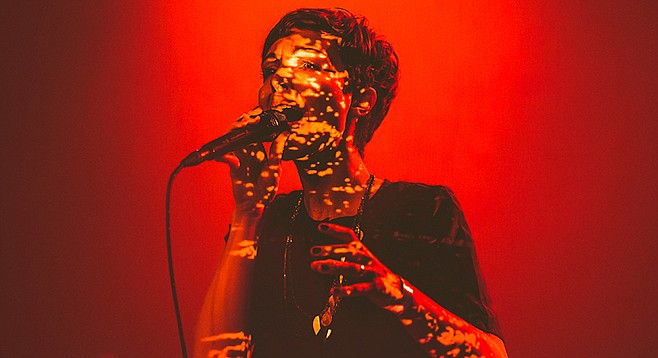 Tuesday 14
According to Bon Iver’s Justin Vernon, “Poliça is the best band I’ve ever heard.” (Really, Justin, the best ever?) And according to the tastemakers at Entertainment Weekly, the Minneapolis act’s latest, Shalamuth, on which Mr. Vernon lends his prodigious pipes, “lets its dark afterhours disco and R&B pulse freely over the cool haze of Channy Leaneagh’s captivating vocals. It’s propulsive enough for dance floors, and dreamy enough for headphones.” Poliça plays Casbah with Web of Sunsets on Tuesday.... Else: indie-rock singer/songwriter David Bazan of Pedro the Lion and the Passenger String Quartet play the all-ages Irenic...the Merrow in Hillcrest has a “free-with-RSVP” Radio Halloran show on Tuesday, a very recommendable local rock-roll show, actually, featuring SDMA-nominated electric blues groups the Routine, Neighbors to the North, and Duping the Public...rootsy rocker J. Roddy Walston and his band, the Business, will be at Belly Up behind their latest, Essential Tremors. 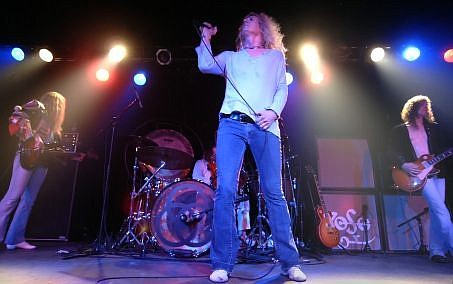 If you squint a little and cock your head just so, Zep tribute Zoso can be pretty convincing.

Wednesday 15
It’s humpnight, put a lil’ Western Swing in your thing when “the king of juke joint swing,” Wayne “the Train” Hancock rolls into Soda Bar behind his new Bloodshot record, Ride. Rip Carson & the Valiants and the Firecrackers go off first.... The other utter mentionable Wednesday night’d be Belly Up billing “the ultimate Led Zeppelin tribute,” Zoso. I have had the pleasure and can, um, highly recommend them. If you squint a little and cock your head just so, it’s pretty convincing.