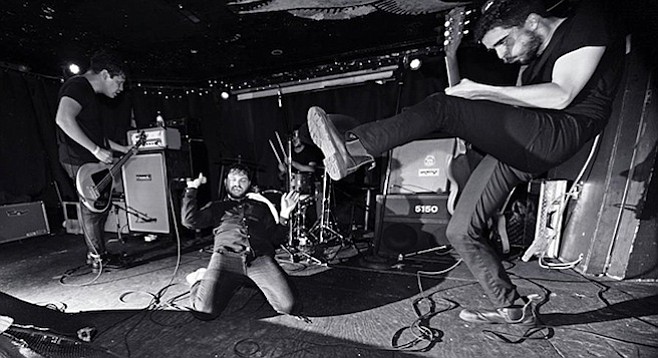 Single Mothers hook up with Hot Nerds at the Hideout

Plus Run the Jewels, Dinosaur J, and Death From Above

Sunday 9
The Big Rock-Roll show this week’d be Black Keys at the Viejas Arena at Aztec Bowl. Never really got into this pony’s trick, but I’d be down for opener Jake Bugg. The 20-y-o record-store rat is killing it with a coupla stellar releases that accent his English pop with American folkabilly. Donovan-Drake-Dylan-Holly-Bugg-no shit. A year or two from now, they’ll flip this bill. Mark my werds.... Best of the rest Sunday night: Casbah stages English indie-folkies Bear’s Den with like-minded Canada band Dan Mangan & Blacksmith...while the Natives, Slipping Into Darkness, Swift Beats, and the Cardielles fill a fun bar-room bill out at Til-Two. 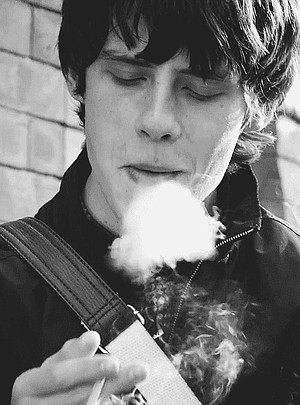 Monday 10
From Quincy, Mass, Celtic punks the Dropkick Murphys hit House of Blues behind their latest, Signed and Sealed in Blood. Y’know, if you can pry yourself away from that Panthers-Eagles game, he typed whilst rolling his eyes dangerously far back into his head. Dublin pub-punk trio Blood or Whiskey hit first.... It is also Sasha Nothingful’s special day (Happy birthday, Sasha!), and him and his will be bringing it onstage at Casbah Anti-Monday style with Family Tree, Analog, the Thief's Lineage, Otis, Bantam Feather, and Obligerant. Sasha will be 64 years old. 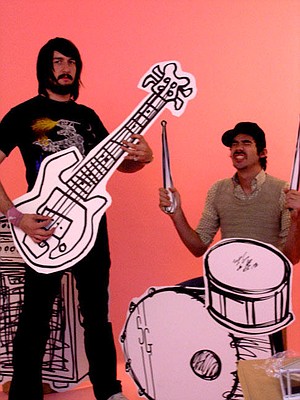 Dance-punk duo Death From Above 1979 land at House of Blues on Wednesday.

Tuesday 11
Soda Bar sets up the Wytches with Amerikan Bear and Talk in Tongues for a psychedelic Tuesday of blown-cone rock-roll. I have been digging the surf-y sounds off of English trio the Wytches’ new one, Annabel Dream Reader, this week...as well as the Pitchfork-praised (“Best New Music” with a 9.0) Run the Jewels 2, Killer Mike and El-P’s latest as Run the Jewels. It’s wicked exhilirating and wicked explicit — mercy! Run the Jewels roll up on Porter’s Pub Tuesday night. 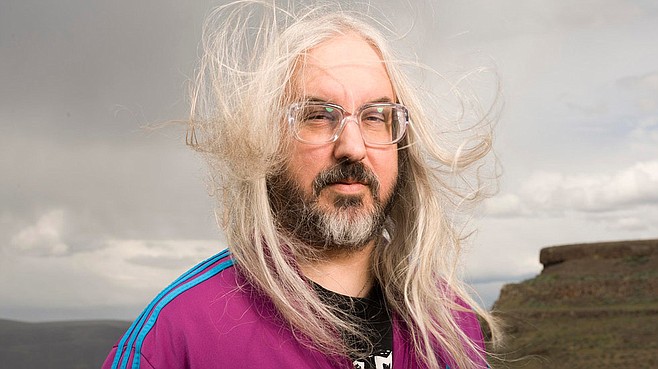 Wednesday 12
Dinosaur J. Mascis plays Casbah with Aussie indie duo and fellow Sub Poppers Luluc on Wednesday night. Mascis is touring in support of this year’s Tied to a Star record, which is getting critical props for containing “equal parts electric-shred yin to subtly brilliant acoustic yang” (Paste). I’ve always dug the quick simplicity in his lyrics and unconfident croaky vocals. That shit’s endearing. Also, he looks like Sauron these days, which will be fun if you go on shrooms. Not condoning, just saying.... Best of the rest: “Single Mothers broke up in 2009 and have been playing shows ever since.” Single Mothers hook up with Hot Nerds at the Hideout on humpnight. Hardcore, brah...dance-punk duo Death From Above 1979 plays House of Blues behind their well-received new one, The Physical World...while Kalamazoo newgrass stringband Greensky Bluegrass takes the stage at Belly Up behind this year’s If Sorrows Swim, which makes my rootsicana brain go “swimmin’ pools, movie stars...dewn-dewn-dedewn, dewn-dewn-dedewn, dewn-dewn-dedewn-dewn-dewn...”