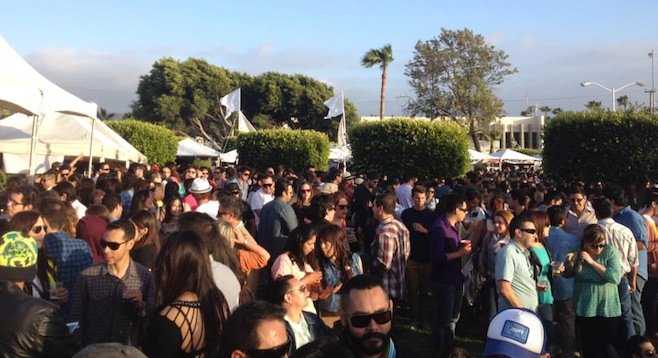 Thirty samplers later, I was ready to pass out

I woke up in a mansion in Ensenada on Sunday morning not sure how I got there. My new next door neighbor, Freddy, had invited me to the Baja Beer Fest and told me not to worry about a thing. “Everyone is making beer, all my friends are there, just bring money for gas and beer, the rest is on me,” Freddy insisted when I told him I didn't have much cash. His parents went on vacation for the week, and he had their place in Ensenada.

We arrived at around 8 pm when the festival seemed to be in its peak of drunken people. Freddy had to run some errands, so he pawned me off to his friend Flor, who got me a free ticket to the festival ($150 pesos value or $12 dollars). I made it my mission to try every single one, Flor acted as my trustee sidekick. 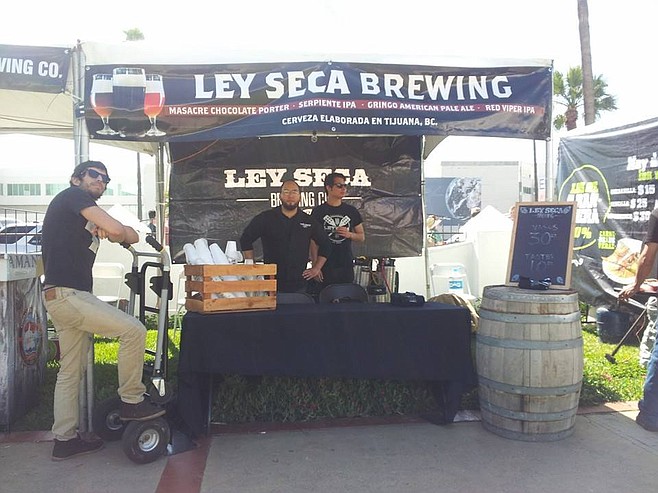 Ley Seca Brewing Co., the brand of Juan Bojorquez from Tijuana, was near the entrance. Samplers of 3 ounces were going for $10 pesos in every tent. Juan served me a Chocolate Porter, two different IPAs and a Pale Ale. “Try Silenus if you like stouts or the Blackberry Sour from Zesde,” Juan tells me his recommendation in where to go next. 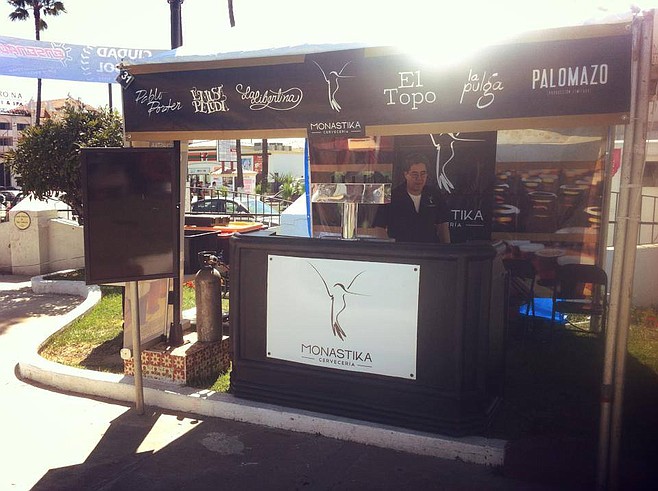 However, the next stop was Cervecería Monastika because Flor wanted to see her friends. Besides serving a Belgian Golden Strong Ale, an English Bitter, and a Brown Porter, they were offering Tepache (a typical Mexican fermented pineapple beverage). Right next to it, Cervecería Zesde was offering Margara IPA, Bullet Dodger Honey Ale, and the Blackberry Sour.

After several tastings, I realized that trying every single one was going to be next to impossible. We walked through multitudes of people to another area of the festival and ended up in Licores Aztlan; they served me a very forgettable pale ale and porter. A beer maker that I know very well, Mamut Brewery, was running out of beer in the next tent, as the clock approached 10pm. 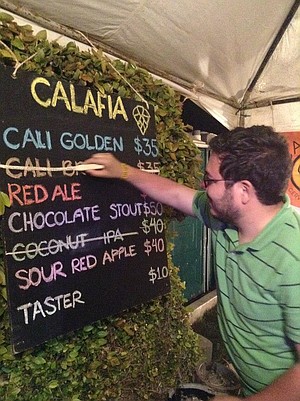 Cervecería Calafia gave me a Red Ale, Cali Golden, and a Sour Apple, they had ran out of their other three kinds of beer. “We sold the Coconut IPA fast. We calculated around 4,500 people in the festival and everyone was loving that IPA. There was so much beer variety, that's what made the festival great,” Adan Jaquez from Calafia tells me. 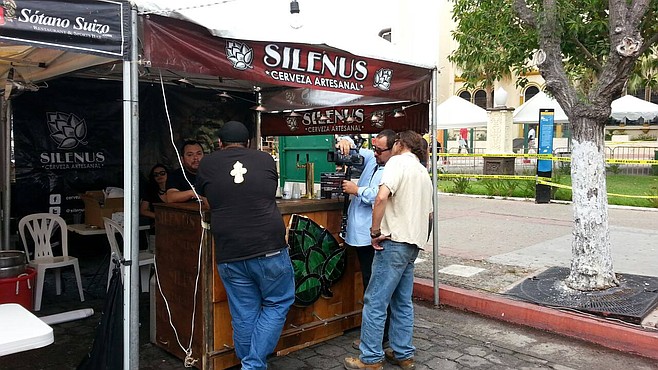 Silenus was some of the best beer I tried, but at this point, my notes and my palette were getting blurry. Their pale ale impacted me as the most loyal to what a pale ale should taste like, almost Ballast Point quality. 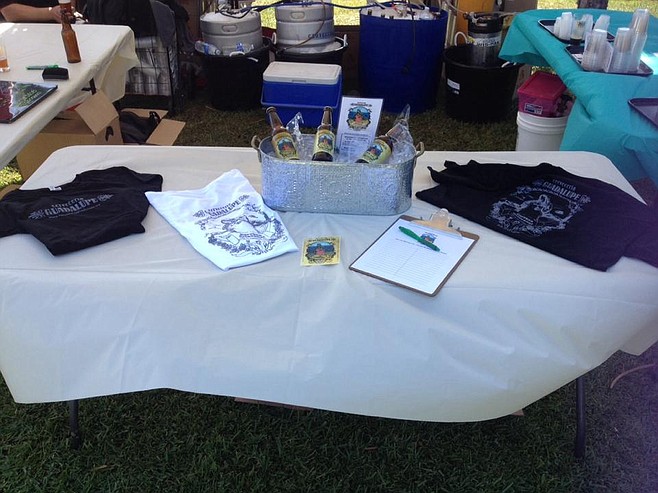 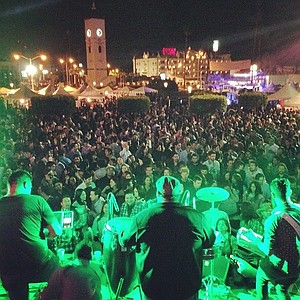 Raul Deju from Cervecería Guadalupe shared his thoughts about the festival as I drank a spicy Chile Ale and Flor drank El Vainilla Cream Ale. “There was a lot of people and really good music. The positive feedback energizes us to keep expanding our brand. There was another side of the festival that you missed. On Friday, all the brewers got together to share tips with one another. Personally, that was what I enjoyed the best.” Raul also said that Silenus Black Rye IPA was his favorite from the beers he had the pleasure to try.

As the festival was coming to an end, breweries were giving their beer away almost for free. Flor and I stumbled out of the fest trying only a ¼ of the beer that was offered (almost 30 samplers) and into Ensenada's downtown scene without finding Freddy. I was thinking about booking a hotel room, since I was ready to pass out from the drinking, but I followed Flor from bar to bar....

I woke up alone with all my things (sans shoes) in a room with a balcony with the view pictured to the right (Freddy's parents house):