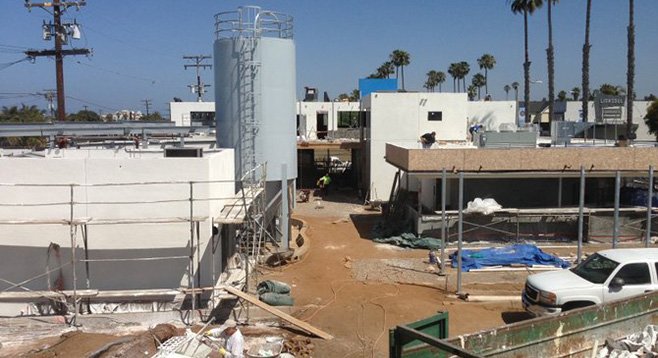 What’s in the hopper, part one

Upcoming San Diego brewery projects with the most promise

I can remember when there were fewer than 45 operating brewhouses in San Diego County. Now, that’s the number of planned and in-the-works brewing facilities I am keeping track of. With new businesses coming online and successful companies expanding and multiplying like beer-buzzed bunnies, there’s no shortage of works-in-progress, but which ones have the goods to really stand out? Twice a year, I offer my opinions on the matter. The following are the projects I’m most excited to see come to brick-and-mortar fruition.

1 - Bagby Beer Co.: It’s been the most talked-about upcoming project of any since former Pizza Port director of brewery operations Jeff Bagby left the company over two years ago to follow his personal brewing aspirations. Even after selecting a spot on Oceanside’s Coast Highway—a former multi-story car dealership that is being refurbished into a large, multi-faceted brewpub with multiple bars, indoor-outdoor seating, and a second-story deck that will include a view extending to the Pacific Ocean—things have been slow-going due to the massiveness of the site and ambition of the undertaking. But all signs point to this becoming the Mecca for high quality ales and lagers beer enthusiasts have been hoping for, thanks to intelligent design, pain-staking care, heart, and, oh yeah, the fact Bagby has won more medals at the nation’s most prestigious brewing competition (the Great American Beer Festival) than anybody in history. ETA: Summer 2014.

2 - AleSmith: If there are two adjectives that best describe this 19-year-old local standout, they are consistent and excellent. For much of the life of this brewery, considered by many to be one of the best in the world, expansion and growth took a back-burner position to quality control, but owner and brewmaster Peter Zien says it’s time to go big. For AleSmith, that means selling their current multi-suite, sub-20,000 square foot Miramar campus turnkey-style, and movin’ on up the street to a deluxe 100,000-plus square foot building all its own. This will allow the company to dramatically increase beer production, add a tasting room more befitting a brewery of its fine repute, and even add a cheese-making operation to the fold. ETA: Spring 2015.

3 - South Park Brewing Company: Say what you will about publican Scot Blair—he’s intense, he’s maniacal, he’s polarizing. All of this may be true, but dude loves beer more than just about anyone on the planet, to the point where he honors it and the traditions behind its manufacture. He’s shown this with his East Village brewpub, Monkey Paw Pub & Brewery, and will aim to do the same when he builds a second, smaller brewpub next-door to his popular craft beer bar, Hamilton’s Tavern. As many in the brewing industry will attest, passion is the unspoken ingredient in many of the world’s finest beers. This operation will have that recipe enhancer in droves. Throw in a unique, forward-thinking, culture-fusing seafood menu and fresh-fish take-out counter, and there’s plenty to be excited about with this one. ETA: Spring 2015. 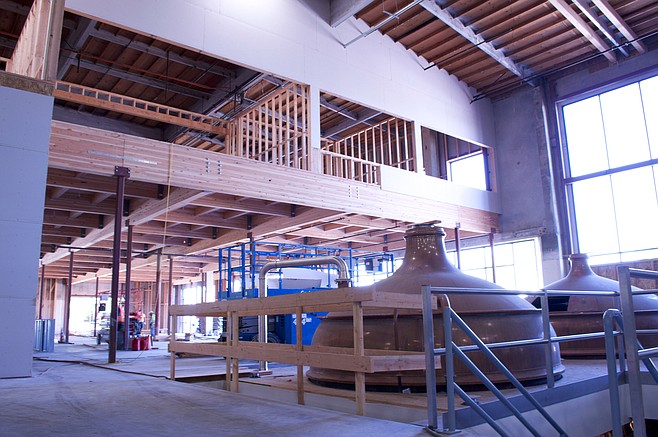 4 - Ballast Point – Miramar: This company has been on a tear over the past three years, opening myriad new brewing and tasting venues. The most recent, a combination kitchen, bar, and R&D brewery in Little Italy, shows signs of how well they can do with such a multi-pronged attack on the senses. So, it stands to reason that when they open the tasting bar and accompanying restaurant in their new and largest production facility, they’ll do just as well if not better. Brewing activities are now underway, but the debut of the venue’s public components is still a ways out. ETA: Autumn 2014.

5 - Bolt Brewery: Back in 1987, Clint Stromberg was among a trio of brewers who gave San Diegans their first taste of craft beer. Back then, he did it from a Quonset hut in Fallbrook. Soon, he’ll revive this locally legendary brand in a space outfitted with a tin-roofed outdoor beer garden in La Mesa. In doing so, Bolt will become that municipality’s first brewery. It will be nice to have one of the county’s earliest craft beer revolutionaries back in business, and interesting to see the beers the reincarnation of this operation produces. ETA: Summer 2014.

In part two, I share the next seven upcoming brewery projects garnering the lion’s share of my hope and attention.

What’s in the hopper, part two