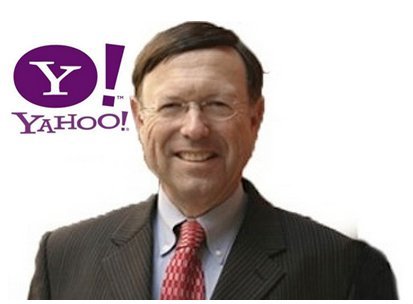 The battle with San Diego city attorney Jan Goldsmith over public records requests is heating up.

Yesterday, Cory Briggs, attorney for watchdog group San Diegans for Open Government, filed a lawsuit against the city and the city attorney for refusing to release emails from Goldsmith's private email address that discuss city business.

The problem: Goldsmith has not only openly admitted to using his personal account but his office has also released some of these emails in prior requests.

The city attorney even went on the record about the issue in a June 2011 article in U-T San Diego, saying it was his practice to forward the email to his public address and then respond.

Now, he seems to have abandoned that strategy. Emails obtained by the Reader, from January of last year to December shows Goldsmith openly used his Yahoo email address to communicate with reporters from U-T San Diego. At no time were there any emails in which he informed the reporters to use his city email address.

While the use of personal emails on its own is problematic for the city attorney, it is his refusal to release the emails that have already been made public that may pose the greatest obstacle in court.

According to Briggs's complaint, "...San Diego City Attorney Jan I. Goldsmith is using [a private Yahoo account] and the same email he used for his political campaign when running for election to the office to conduct official business of the City of San Diego but he won't let average citizens see what businesses he's truly conducting. He does this deliberatively and for a purely political (but legally indefensible) reason: namely to create an artificial barrier that shields those email communications from public scrutiny. By using his public personal email account Goldsmith creates an environment in which his subordinates and indeed every other public official and employee of the City can plausibly claim that 'the City has no control over the email account and thus those email communications are not public records.'

"The reality is that Goldsmith does produce email communications about official city business sent to and from his personal email account, but he does so selectively, as a way to propagandize his official conduct that he believes is most favorable to him but that is not fully transparent."

The issue of elected officials using private email addresses is not new. During the past year, emails from interim mayor Todd Gloria and councilmember Marti Emerald's private accounts have turned up in public records requests. Last year, Briggs filed a similar lawsuit over Gloria not releasing his private emails.

According to Briggs's complaint, looking to resolve the issue, the city attorney has agreed to personally respond to what he referred to as "gadflies" who submit requests for the private exchanges.

"Goldsmith and some of the other elected officials have actually agreed explicitly that the City Attorney's Office would respond to certain undesirables or gadflies trying to gain disclosure of personal email communications dealing with official city business…. Goldsmith reportedly told one of his elected colleagues in the context of limiting access to personal email communications: 'I'll scratch your back if you scratch mine,’” reads a portion of the complaint.

But refusing to turn over emails is only one gray area in regard to Goldsmith's interpretation of the California Public Records Act. In many cases, the city attorney, as well as other elected officials, often have direct say in what is or isn't open to the public. That opens the door for burying documents or being selective of who gets to see them. It also puts the city at risk of lawsuits, such as the one filed by Briggs.

One such example of the open-ended interpretation of the California Public Records Act occurred in November of last year, when the city attorney went out of his way to expedite a formal request. (For most reporters submitting public records requests, getting an email response from the city attorney is unheard of, let alone him agreeing to speed up the process.)

As reported previously in the Reader, on November 21, U-T San Diego editorial editor William Osborne asked for emails from mayor Todd Gloria that mentioned the project labor agreement for the convention-center expansion. Within minutes, Goldsmith responded to Osborne, letting him know that the request was on the fast track. Meanwhile, according to Gloria's spokesperson, the mayor's office did not receive the request until November 25.

Despite the lawsuit, the spokesperson for the city attorney appears confident his office is following the letter of the law.

"Cory Briggs has already filed a lawsuit seeking Interim Mayor Todd Gloria's private records such as e-mails. That case is pending in Superior Court. In response, the City of San Diego's legal position — in that case and any others — is to follow two appellate court decisions which, relying upon the language in the law, held that public agencies have an obligation to produce disclosable public records in the possession of the agency, but that does not extend to private records not in the agency’s possession. Whether to expand obligations under the law is up to the legislature."

Please include a link to the actual lawsuit. Thanks.

Any recording of public business is a public record and must be disclosed period .

Dorian, Commented last night on your earlier article. The statement regarding scratching each other backs and referring to honest people as undesirable while he is using his office to blame rape victims, hiring private lawyers to his staff who knew about Kevin Friedman covering up murder (Mark Skeels) is disgusting. My son was dragged on on his back with a black tree tie around his ankles. My revenge is to allow them to keep killing and telling lies. Don't be surprised if down the road they are the ones trying to get Arevalos sentence reduced.