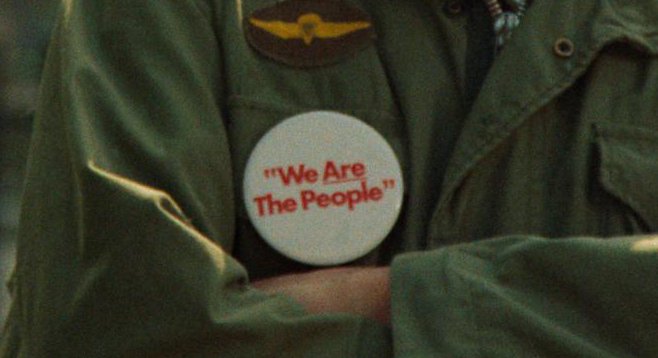 What are you cretins thinking?

Aren't the people's choice awards handed out every Monday morning when the weekend box office receipts hit the trades?

It’s been years since I sat down and watched a telecast of The People’s Choice Awards in its entirety. With this weekend’s live Golden Globes blog-along coming up — and the absence of a Wednesday night screening — I figured why not get in the spirit of the season by logging the first awards show of 2014.

Two broke girls host a low-rent popularity contest. Having never watched the sitcom, I’ll gladly cut Kat Denning some slack for her memorable work in Two Days in the Valley and Nick and Norah’s Infinite Playlist. (The bloody-smudge manner in which she applies lipstick is also a major turn on.) In spite of the lame show opening — a Billy Crystal Oscar video rip-off featuring cameos by Michael C. Hall, Xtina, and many faces that failed to register — it’s unlikely the duo will perform any worse than Amy Poehler and Tina Fey on this Sunday’s Globes.

They couldn’t get Larry Fine or Jerry Lewis to act as the evening’s first presenter, so they had to settle for Sean Hayes.

In the past, voting was limited to one “yea” per person. According to our hostesses, this year over 700 million votes were cast. Can this mean that 700 million individuals clicked to vote for their favorites or are Adam Sandler’s mother’s fingers worn down to nubs? This year’s victory, based solely on his work in Grown Ups 2, was Sandler’s fourth consecutive win as Favorite Comedic Performer. Has there been a more damning accusation leveled against the current state of movie comedy? What are you cretins thinking? 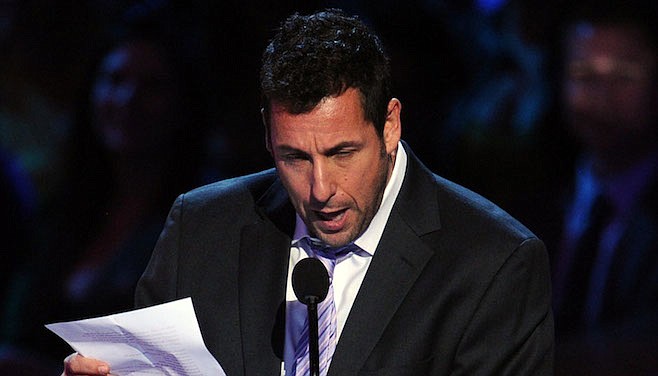 "Who cares if my movie sucks? I fleeced you suckers out of $246 million bucks!"

While accepting the award, Sandler proceeded to thank his followers by reading a grammatically botched letter, allegedly sent in by one of his minions, that reduced them to a gaggle of drooling retardates. Remember this when asked to plunk down another sawbuck for Grown Ups 3.

Is it the will of the people that winners be determined on the basis of a celebrities’ willingness to pick up his or her award in person? How many crowd shots of Chris Colfer did it take before realizing that he wasn’t going home empty-handed?

Here’s a clue: If there are a plethora of cutaways to Sandler while Zach Galifianakis, James Franco, Bradley Cooper, and Chris Rock — his fellow nominees in the category of Favorite Comedic Movie Actor — are nowhere in sight, it’s because the winner was predetermined and the other four “contenders” were told to stay home. Suspense was further quashed when Gravity star Sandra Bullock took to the stage to accept her prize for Favorite Actress. At this moment, long before the final statuette was handed out, the booth announcer revealed Bullock was accepting the award for the Best Dramatic Movie of 2014. 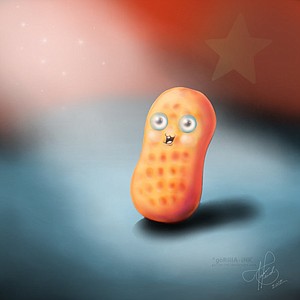 Allison Janney was on hand to present an award.

Was it my set or was everyone on the show sporting an orange-ish Circus Peanut glow? (Allison Janney could have co-starred as Jackie Robinson’s mitt in 42.) Anyone looking to subsidize their income should seriously consider opening a chain of spray tan salons in Beverly Hills.

Why is it that on The People’s Choice Awards it the film’s stars, not the producers, who pick up the award?

Douchechill moment of the night: Shemar Moore practically drooling all over Malin Akerman while present the award for Best On-Screen Chemistry.

Hope to see you this Sunday night for the live Globes blog!

You're doing the Lord's work my friend.