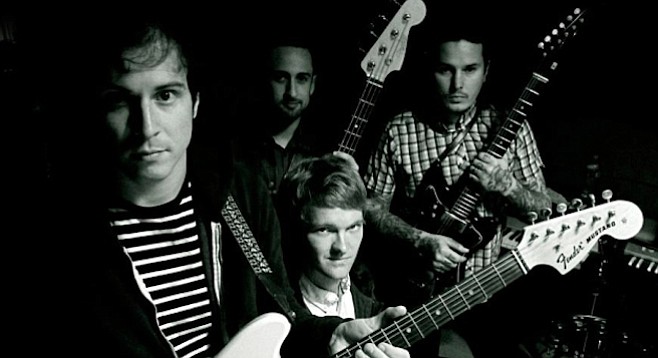 There are midnight lips to kiss 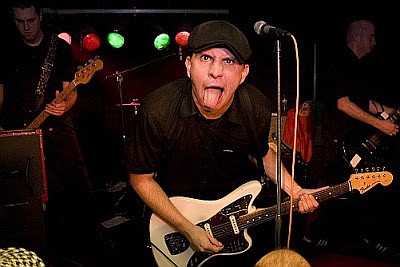 "Dirty reggae" dudes the Aggrolites take the stage at Belly Up Sunday night!

Sunday 28
From Los Angeles, “dirty reggae” act the Aggrolites (“1960s soul music, funk, and skinhead reggae”) skank into Belly Up Sunday night. The Aggrolites’ 2006 self-titled Hellcat Records release is an essential set to get for fans of the brand, and honestly, as averse as I am to the “r” word, these cats crush it onstage. Always a good time.... Otherwise, Casbah cooks up an eclectic bill of barroom rockers and pop-punks, with Cobra-Las, Save Amos, Future Crooks, and Aim for the Engine. 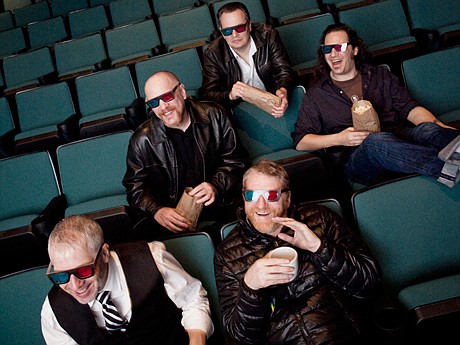 Tuesday 30
Tuesday’s twos-day at Belly Up, as alt-rock icon David Lowery pulls his punk’d alt-country act Camper Van Beethoven (“Take the Skinheads Bowling”) into the Solana Beach bar with his more radio-ready side Cracker (“Low,” “Euro-Trash Girl”). Cracker this year released the ambitious double-disc Berkeley to Bakersfield, which I have not made it all the way through. Yet! I will by showtime, though. It’s busy and brainy, as is Lowery’s wont, featuring a punky front in Berkely, followed by his comfy Cali country on disc 2, Bakersfield.... Else: dark-rock casts its pall over the Soda, when Lowlands, Prayers, Keepers, and Angels Dust take the Normal Heights stage...the Sure Fire Soul Ensemble wraps up its month-long residency right down the street at the Hideout...San Antone hardcore band Ghost Police busts the Tower with local grinders Idols Plague...while Radio Halloran dials in “rhythm & punk” band Grim Imperials at Hillcrest hideaway the Merrow. 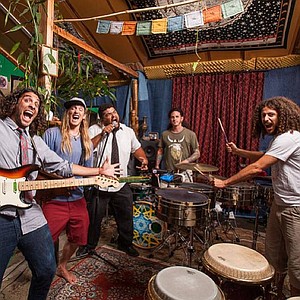 Wednesday 31
New Year’s Eve 2014 finds a bunch of affordable funyuns around town. Check it: spooky surf-garage band Mrs. Magician will headline sets at Soda Bar after the lo-fi locals Heavy Hawaii and Teenage Burritos ($15).... Nicki Bluhm & the Gramblers and Mother Hips are splitting a Casbah-curated bill at the North Park Theatre ($40)...Like it loud? Heavy-blues acid-jam bands Joy, Wild Honey, and Plant Tribe will play till 2 at Til-Two ($8)...mathy alt-rock duo Plastik Deer celebrate an EP-release for debut Black Notion at the Tin Can after Slashes and Kooties ($8)...while SDMA-nominated rock-and-soul five-piece the Routine does its thang at 710 Beach Club in P.B. (free till 10 p.m., then $10). Designate a driver, then get up and get out, there are midnight lips to kiss!