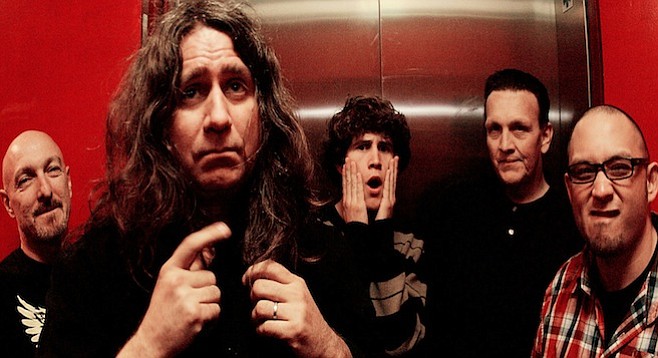 Adolescents at play, Hideout at Soda Bar, Cured for your holiday hangover

...and the best of the rest in the San Diego clubs Christmas weekend 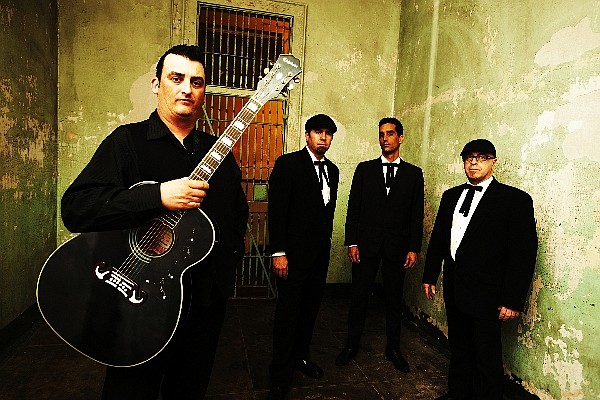 Cash'd Out conjures the Man in Black Friday night at Belly Up.

Friday 26
Belly Up stages a Cash’d Out Christmas featuring the top-shelf JC tribute with wicked special guest Rosie Flores. Flores is Dave Good’s Of Noted show this week, so flip or click there for more on the punkabilly filly.... Around town Friday night: O.C. skate-punk supergroup the Adolescents (Agent Orange, Social D) roll into Casbah after our own Widows, Shady Francos, and Bumbklaat. The Adolescents latest for Concrete Jungle, 16 smokers called La Vendetta, which was due in July, seems to have been pushed to February. I’m sure you’ll hear your fair share of it and all the other Adolescent hits Friday night. And don’t hesitate to hit up the merch guy, as he may be holding.... San Diego “wizardcore” cat Chris Braciszewski, aka Snuffaluffagus, shuffles into Soda Bar. Snuffy’s got a new series of three tunes effervescing on his bandcamp page. Hit up track one, “Dark Glow,” post haste, and we’ll see you at the show, where local dream-pop trio Other Bodies and Colorado’s “dark-party art-rockers” Tan Tien will be warming the room. 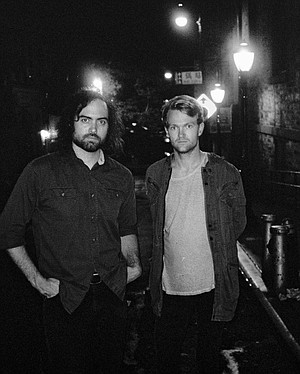 Saturday 27
Bi-coastal indie-rock duo Hideout’s at Soda Bar with Tropical Popsicle and Wild Wild Wets, for what should be the gig to see this week. Bit confusing, so one more time, slowly: a band called Hideout is playing the Soda Bar. Hideout is actually San Diego sons (and currently part of NYC indie-pop act Cults’ touring band), Gabriel Rodriguez (guitar/vocals) and Cory Stier (drums). They’ve got an excellent new record out on Thrill Me called Rookie, a space-pop gem that drifts through Bowie’s ’70s nebula. Go give it a spin, and we’ll see you at the Soda Saturday night.... Best of the rest: House of Blues hosts a holiday hangover tribute show, featuring the Cured, Joshua Tree, Fears for Tears, and B-52 copy cats Cosmic Thing...funk-rock five-piece Get Back Loretta will headline a locals-only show at Casbah after everyone’s new favorite band Rebecca Jade & the Cold Fact...retro rock-roll resonator Jimmy Ruelas is at Seven Grand...while soul-jazz sextet Greyboy Allstars kick out their dance jams up at Belly Up.