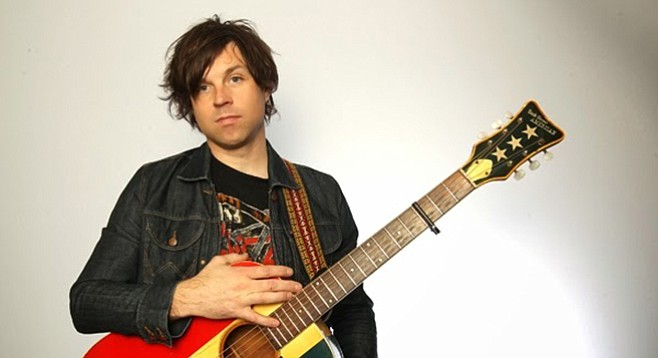 Sunday 14
Sunday’s a little lean — Yung Lean! The Swedish MC and his crew, the Sad Boys, play Porter’s Pub behind this year’s Lavender EP. Lean gets a little press grief for his grief, slack-rapping about the sad side of life, “emo-style.” Say what? the kid’s killing it with the kids, rapping metaphorical about Gatorade, lemonade, Star Wars, Ghostbusters, and video games. All rapped around smooth, slow, bass-heavy beats, tickled with glitch that’s easy on the earholes. 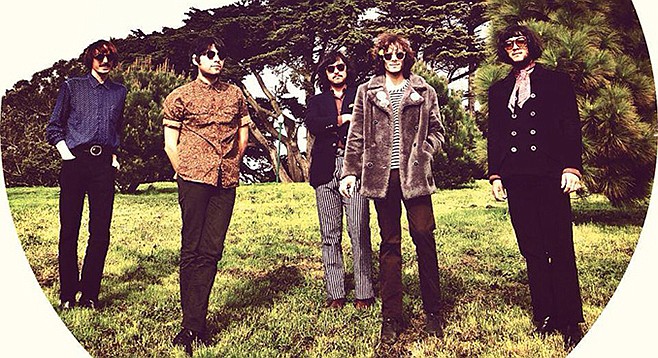 Monday 15
The Big Rawk Show rolls into town Monday night, as alt-country bad boy Ryan Adams joins Jenny Lewis at Copley Symphony Hall for a night of heartland rock. Adams’s latest self-titled record is an odd one for him, a stadium-rocker with a Springsteen sheen, but like most of his stuff, it’s edgier (and better) than most of what you’re hearing on the radio. With a rapt fan base, Adams doesn’t need to package it for radio play. He’s produced Jenny Lewis’s latest, as well, The Voyager, which stands up to her best (yeah, Rilo Kiley, too) lyrically and vocally.... If capital-C Concerts in capital-C Concert halls are not your thing, I recommend you check out Casbah’s Anti-Monday lineup of proggy hard-rockers Mursic, heady-metal band Weight of the Sun, and the band that’s singlehandedly “bringing guitar solos back to indie rock,” Future Age. All three on the bill have got mad f!!!ing skills. 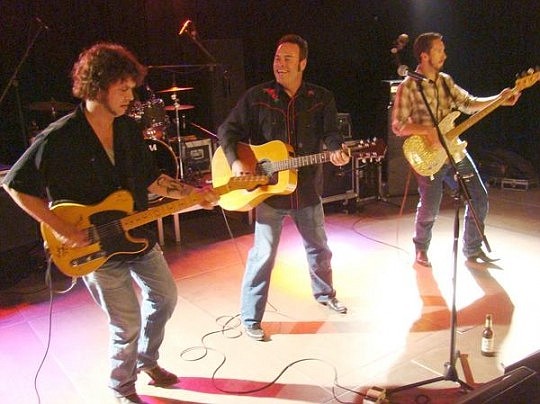 Bastard Sons of Johnny Cash will anchor a country Christmas up at Belly Up Wednesday night.

Tuesday 16
Ex–San Diego psych-rock band Mystic Braves will have a homecoming at Casbah on Tuesday. They were Blackfeet Braves in their San Diego days but have moved to Echo Park, where their outsider style and boundary-blurring music have found a welcome home, and it shows in their confident, modern reinvention of the ’60s sound. Fans of the Brian Jonestown brand would do well to give a listen to the Braves’ latest, Desert Island, and I’ll see you down in Middletown, where like-minded locals Muscle Beech and Swift Beats will open the show.

Wednesday 17
I’m out of column space, so double-quick with your Wednesday hits: there’s going to be a country Christmas up at Belly Up humpnight, as Bastard Sons of Johnny Cash join Nancarrow and Brawley for a holiday hoedown...if that’s not your mugga moonshine, L.A. indie-rock act Francisco the Man, touring in support of their tasty new platter, Loose Ends, joins our own Sundrop Electric and the Tim Pyles–approved rock-roll trio Philosopher’s Ray Gun at Soda Bar.