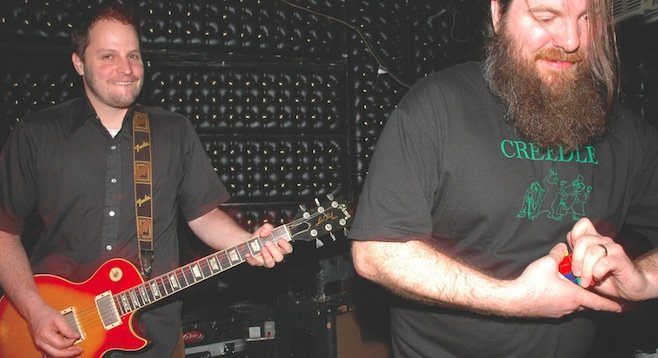 Jacuzzis, Wreckords, and the blues King

Sunday 24
Savannah-by-way-of-Philadelphia noise-rock band Creepoid creeps into the Tower. The quartet’s out to tout their new s/t sophomore set, which, according to their one-sheet, “mines the quiet side of breathy acoustic/slowcore, then erupts into heavy, hard-hitting distortion — winning them comparisons to artists such as Nick Cave, Red House Painters, Sonic Youth, and My Bloody Valentine.” Sounds good for a Sunday-nighter. I just realized the song sample on the pod is even called “Sunday.” Boom. Tennis System and Scuffs will open the show.... Utterwise: Ramona alt-rock trio Cardboard Truckers roll into Casbah after country skrunks Sickstring Outlaws. Hot Mustard tops it all off. 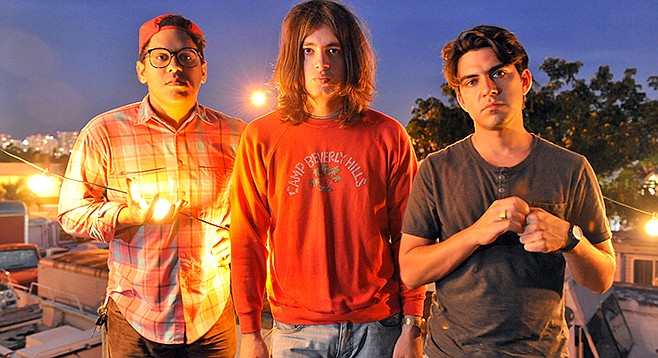 Monday 25
According to the Jacuzzi Boys’ F-book pagina, they are “three radioactive chicks cawing for their piece of electric rock pie.” The Miami retro trio spruced up the garage with some Hardly Art production dollars, and now that I can hear what they’re on about — meh. Great live, though. Truly. And with Slumberland pop-rock staple Devon Williams (L.A.) opening the Casbah show, it should be a good one.... Best of the rest’d be garage-punk at Soda Bar, featuring Oklahoma trio Broncho with Tulsa-based two-piece Low Litas and our own Flaggs, which should be dropping debut God Hates Flaggs pretty soon, jes?...while Seattle garage vets Murder City Devils deliver this year’s The White Ghost Has Blood on Its Hands Again to the all-ages Irenic — never mind, that one just sold out. 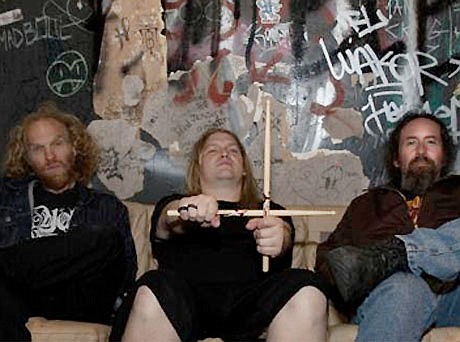 Tuesday 26
From Raleigh, NC, thrash-metal vets Corrosion of Conformity will stack ’em at Brick by Brick behind this year’s comebacker IX. Recorded by CoC founding members Mike Dean (bass/voice), Reed Mullin (drums/voice), and guitarist Woody Weatherman — singer/guitarist Pepper Keenan is not in the current line-up — the trio posts, “Expect some of the classics and much of the new material to be performed at our live shows.” Bl’ast and Brant Bjork are also on the bill.... The raw-rocking and mighty-mustachioed Leopold & His Fiction bring their new blues-bent thing, I’m Caving In, to Casbah after Brian Karscig’s (Convoy, Louis XIV) dance-rock band Nervous Wreckords.

Wednesday 27
Humpnight in a hurry: Half-man, half-pie jazz-math act Creedle reunites Wednesday night at Casbah after jazzy post-rockers Montalban Quintet and that salty, sultry tromboner Smoota...bluesman B.B. King and his reliable sling, Lucille, take the stage at Humphreys by the Bay after our own Stony B Blues...while Makeout Weird DJ MNSTRPSY hosts a show at the Tin Can, featuring all manner of borderland bands, including Batwings, Rancho Shampoo, Perros Cobardes, and Vampire Slayer.