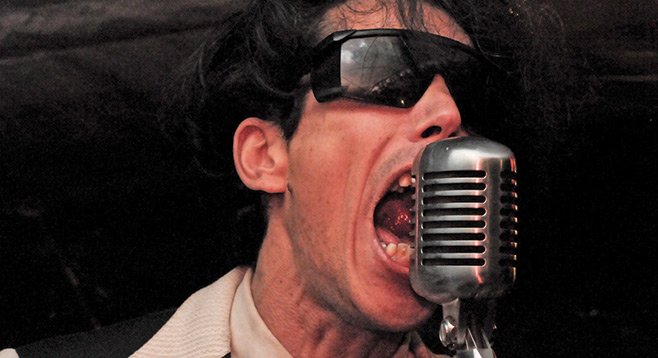 ...and a surefire litmus test for bands you've never heard of

Sunday 27
Tower Bar’s got a BBQ matinee starting at 4p, with Seattle-based “love punk” four-piece Damage Done and our own Beside Myself and Caskitt...after that, go home and change your sauce-stained shirt (slob), and head over to the Soda for some “Collision Boogie,” as British bar-room rockers the Jim Jones Revue will take the stage behind this year’s blues-rock beater Savage Heart. The Freeks and Javier Escovedo set it up. 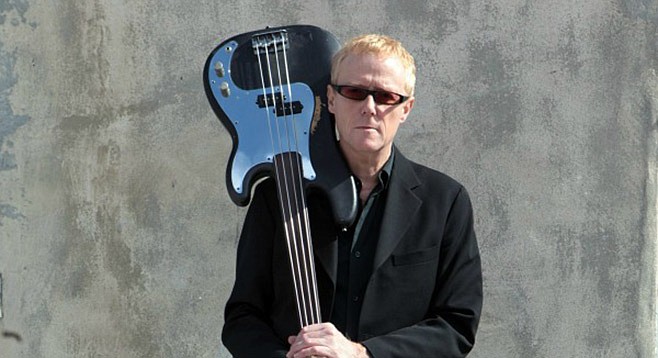 Monday 28
Monday at the Soda Bar, former Bauhaus/Love & Rockets bassist David J and his Gentlemen Thieves will preview J’s new t’do Eclipse of Ships. Mister J says this one’s filled with “the eternal muse.” He means girls. You know what his friend Perry Farrell said? “David J is the Avant of the Avant-garde.” That’s what Perry Farrell said. Sky Parade and Midnight Pine are also on the bill.... Zachary Cole Smith of Brooklyn indie hits Beach Fossils fronts Diiv (dive), which lands at Casbah after Chris Cohen and Kiki Pau. Diiv has a new ’gazer out on Captured Tracks called Oshin. I hope he’s better at music than he is at spelling.... From our rapping department, I see that New Orleans hip-hop hit Curren$y has a “jazzy” new number out called The Drive-in Theatre. “The Splitta” will rock the mic at Porter’s Pub Monday night. You can belee dat. (That’s me being street.)

Alt-rock act Sleeper Agent will deliver its new disc, About Last Night, to the Irenic on Tuesday.

Wednesday 30
I’m outta space and out of space, so real quick-like with the humpnight higlights: from Berlin-via-Israel, that Elvis-obsessed garage-rock greaser Charlie Megira takes the Tower after the Nformals and Shiva Trash. Check the Crawler pod for a hit of him...Dave Good’s Of Notable show this week is Howler at Soda Bar, so flip or click there for the lowdown on them...Casbah’s got psyche-n-soul SanFran band Monophonics vs. L.A.’s funky bunch Orgone. They’ll each play a set and then join forces for a finale. That sounds like a rump-bumper...and hey hey it’s a Monkee. The “difficult Monkee,” Michael Nesmith, will play Belly Up on his first solo tour in a kajillion years. The 70-year-old artiste takes to the Solana Beach stage his First National Band and a big-body electric 12-string for what he calls cosmic cowboy blues.