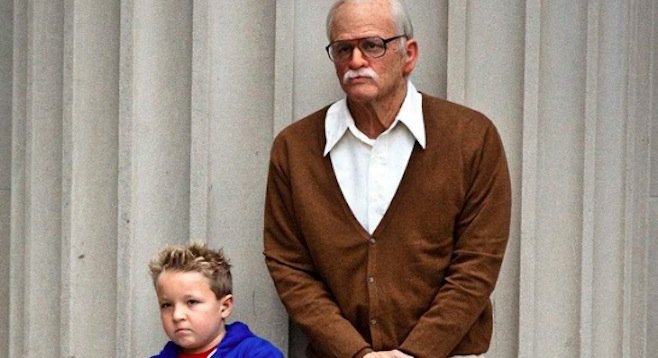 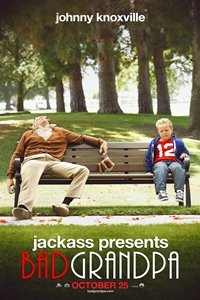 One can only break so many bones before calling on a stunt double — well-nigh unthinkable in this crowd — or alter ego. Irving Zisman (Johnny Knoxville) came to power on the final season of the MTV show in 2001 and has gone on to be prominently featured in all three big-screen adaptations. Short of fashioning a feature around Party Boy or Phil and April Margera, Irving is probably the closest the Jackass brand will ever get to gifting us with an original character creation. 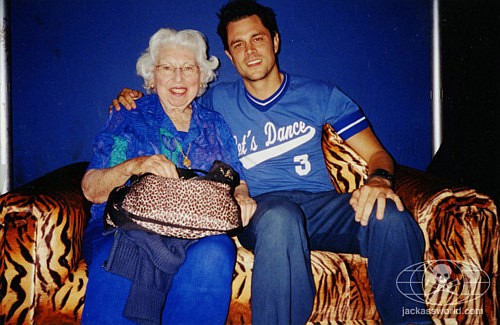 Loyal Zismanites will be quick to note the uncredited stunt double and/or dummy featured in Jackass Presents: Bad Grandpa as the corpse of Irving’s dead wife of 40 years. This is the third such artiste to assume the coveted role. We all remember dear departed Dorothy "Dotty" Barnett from the MTV series as well as her game participation in Jackass: the Movie. 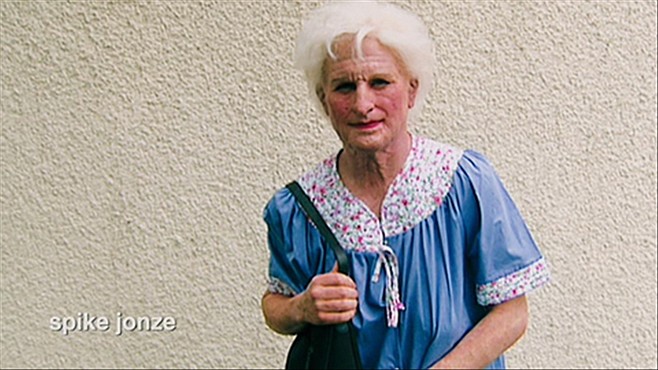 Along with Irving, Gloria is the only link to the mother ship — no other Jackasses were involved in or hurt during the production of Bad Grandpa. Bad news: her appearance is confined to the closing credit bloopers. Good news: lots of Blu-ray bonus footage coming our way.

The emphasis of Bad Grandpa is not so much on the daredevil stunts that made household names of Johnny Knoxville and the Jackass brand. Nor is there, apart from decorating the wall of a small town eatery with a duodenal Dali, much of the traditional dependence on doody humor. 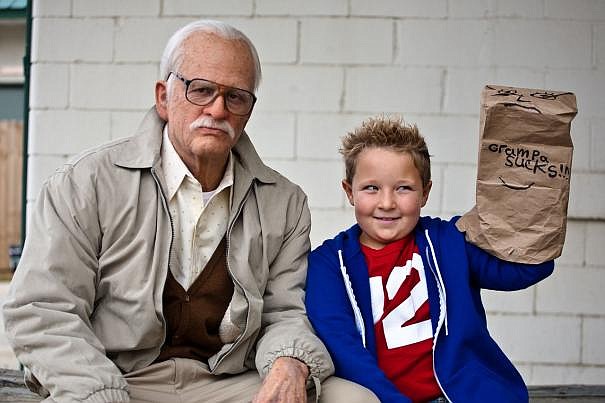 Borrowing a page from the Allen Funt meets Borat Sagdiyev playbook, series director Jeff Tremaine and his crew set about candidly capturing people caught in the act of embarrassing themselves. And no one knows better how to estrange strangers than the boys at Dickhouse Productions.

Here’s the clothesline on which the pranksters reckon to string a series of hidden camera stunts: the recently widowed, and always up for a schtup, Mr. Zisman, 86, is assigned the chore of transporting his beefy, slightly-addled grandson, Billy, 8, from Nebraska (where his crack-addicted daughter is about to start a stretch in the pen) to his scuzzy father’s equally contaminated lean-to in North Carolina. Deadbeat daddy agrees to take on the added responsibility only upon learning that temporary custody translates into an extra $600 in his welfare check. 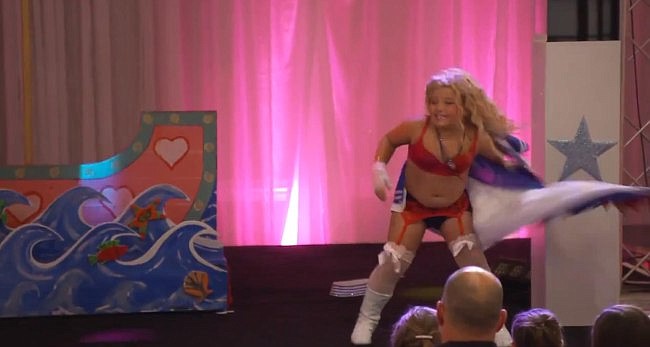 As the Pillsbury Doughgrandchild left in the care of the titular codger, Jackson Nicoll (brilliant in Fun Size) earns the title of World’s Youngest Jackass. Part bambino Bendix touched with a stroke of the Frawley brush, there’s not a more appropriate name than Billy for our sleepy-eyed almost-an-orphan.

His impersonation of and uncanny resemblance to Honey Boo Boo quickly transforms the Carolina Cutie Pie adolescent beauty pageant into something akin to toddler night at Deja Vu Showgirls. You’ll want to see it twice just for the priceless reaction shots of the shocked spectators.

There is one newcomer to the game who may not be the most welcome influence on the block. Small-screen skit creator Fax Bahr (In Living Color, MADtv) is given co-screenwriting credit. A good 90 percent of the situations Larry Charles and Sacha Baron Cohen’s meticulously mapped out for Borat to make onlookers squirm not only work but thoughtfully play out to their logical conclusion. Too many of the sequences in Bad Grandpa simply end in abrupt fades.

Almost as many misses as there are hits (and a trailer that let slip too many punchlines) keeps this wide of the mark set by the fracturing franchise. I guess that means only three theatrical viewings as opposed to the customary seven.

Wow three stars for something that belongs on cable in my opinion considering the un-cinematic quality of the thing. May John Ford roll in his dirty bedsheets.

Anyway, all I seem to watch is TV these days. It's that bad.

I've been digging Girls season 2 lately, and I can't believe I like it, but I do, early Friends episodes. It took me 17 years to realize Friends is great TV.