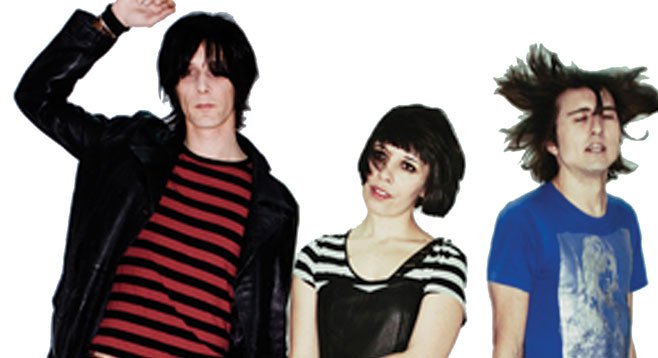 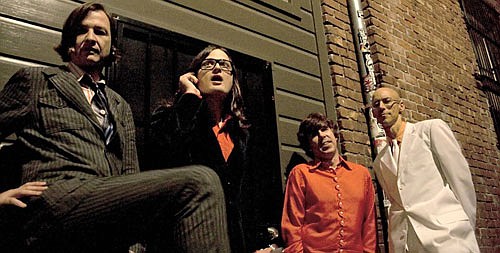 Saturday 30
From the same ’70s SoCal scene that gave us Black Flag and Circle Jerks came Redd Kross. But Jeff and Steve McDonald’s punk’d rawk quartet is (technically) the last band standing, and if last year’s Researching the Blues is any indication, the brothers aren’t near done. I feel like I just saw this show, but they’ll play Casbah with Octa#Grape and I’ll pretend it’s part two because part one was so phenomenally phenomenal. (I write like that when no one’s looking.) Psychedelic thriftstore folkie Joel Jerome and his Babies on Acid are also on the bill, making this the gig to get to Saturday night.... Best of the rest: from Brooklyn via the Bible Belt, ambient experimentalist Julianna Barwick delivers this year’s crit hit Nepenthe to the Luce Loft downtown. Electronic artist Mark McGuire (Emeralds) up first...the very rare dance-rocking Birdzilla lands at Tin Can Ale House after Ruben Lady and the psychedelic five-piece Sacri Monti...SDMA winners the Schitzophonics and Los Sweepers will split a bill out at Tower Bar’s “99th Floor night of garage, fuzz, & soul”...Allison Chains and Black Sabbitch add a little estrogen to your classic-rock faves at Bay Park bar Brick by Brick...O.C.-punk throwbacks Middle Class Rejects take down the Shakedown...while melodic hardcore Iowans Modern Life Is War goes Fever Hunting at Ché Café after Somali Pirates sack the joint with Gold Collection.

Sunday 1
This week’s discovery, download, and steady diet: from Buenos Aires, Argentina, comes the psychedelic rock trio Capsula. Like I said to Dave Good (who gives you the goods on the gig in this week’s Of Note), “How, nine records(!) in, have I never heard of them?” I’m flawed’s, what he said. Well, ha, not anymore, Dave! I got Capsula coming out of my digital wazoo, even that rad Sabbath cover, “Planet Caravan.” Fans of the VU/Bowie brand would do well to wrap yer ears around this year’s Solar Secrets (as good a place as any to jump onboard Capsula), and haul it down to Casbah Sunday night, where/when likeminded Los Angelinos Woolly Bandits and local trio Zero Zero open the show.... From Riverside-via-Lexington in Kentucky, femme-fronted (the lovely and tatted Miski Dee Rodriguez) and road-hardened pop-punk three-piece City Mouse takes the stage at Bar Pink. According to the band’s one-sheet: “[Rodriguez] knows how to write a solid pop jam and can belt out the whoa-mama lead vocals like nobody’s business!” Double dose of Miss Miski, as her other band, Floor Notes, opens the show.... Alsos: From Gainesville, F-L-A, ska-punk big band Less Than Jake’s at House of Blues behind this year’s Fat Wreck record See the Light. Anti-Flag goes up the pole first...and Swedish no-rave producer Lust for Youth plugs in at the Void after Hive Mind and Sunwheel.