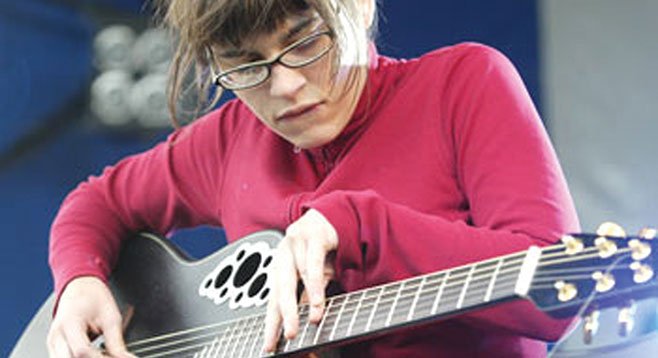 Monday 2
From Leeds, England, DJ George Evelyn, aka Nightmares on Wax, and our own beats-down trio Illuminauts split a bill at Belly Up. Sample-happy producer Evelyn released his first set of funk jams in five years, Feelin’ Good, to not-so-good vibes because, as the electro-expert at Consequence of Sound writes, “While there’s nothing wrong with having a good time, it’s different when it comes to going to the same party over and over again”...Saints v. Seachickens that night, football fan. Let the lady dance whilst you hang back by the bar to watch that compelling television. 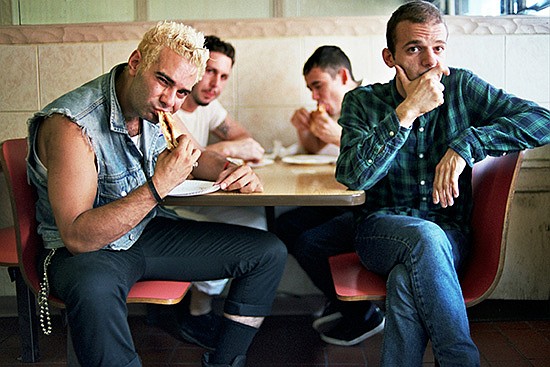 Brooklyn band the So So Glos bring a garage-punk Blowout to Soda Bar Tuesday night.

Tuesday 3
Coupla Kings in town Tuesday night as blues elder statesman B.B. King (88!) brings his thing (a big ol’ semi-hollow he calls “Lucille”) to Belly Up...and fretboard freak Kaki King’s at Casbah behind last year’s Glow, which adult-alternative muzak magazine Paste scored an eight-point-oh for its deft range of folksy slow-burners to sped-up celebratory jams. Chicago son Jerome Holloway opens that show with his brand of folk ’n’ soul.... Utter mentionables: the (not so) New Riders of the Purple Sage are at O.B. bar Winstons for your daily musical bowla granola...punk-informed barroom rockers Together Pangea and the So So Glos will “co-headline” (me neither) a show at Soda Bar after loud-fi locals Buddy Banter...and Radio Halloran’s gig at the Griffin this Tuesday fills an all-local alt-rock bill with Beautiful View, Old Man Wizard, and Hot Karate.

Wednesday 4
We have made it to our humpnight highlights, y’all! Belly Up’s pouring on the rock as it pairs a wine-tasting (from three local vineyards) with funk-rock ensemble Get Back Loretta...Casbah culls an electro-disco show with L.A. beat babe Gavin Turek and our own tribal-dance duo Okapi Sun...while Soda Bar sets up an L.A. three-way, as glam-at-a-glance hard-rock trio Beware of Darkness headlines sets by alt-rock vets Cold & Lovely and Queen Caveat. (Royal wave as I pass.)