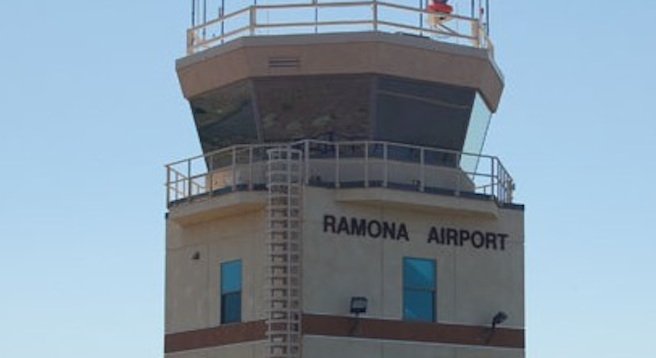 Air traffic control tower at the Ramona Airport to close

How will they see wildfires in East County?

The threat of the federal government to close the air traffic control tower at the Ramona Airport has caused the County Board of Supervisors to protest. The Federal Aviation Administration had placed the Ramona tower on a list of those to be closed Nation wide on April 7, as a budget cutting by sequestration.

The tower, which is operated under an FAA contract for air traffic controllers, coordinates general takeoffs, landings, plus those for Cal Fire and other firefighting aircraft that are used for a central-located air base for county fires. 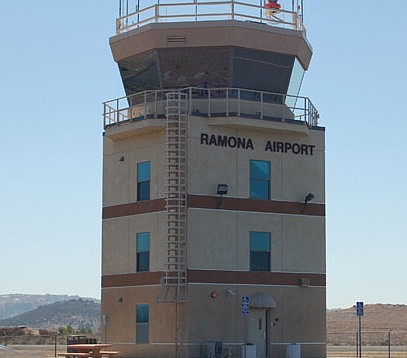 Ray Chaney, Cal Fire Air Operations Division Chief, along with county supervisors and fire officials, claim the tower is crucial for wild fire observation. The Ramona tower has been the county’s best aerial firefighting source in the middle region for coordinated air traffic control for U.S. Forest Service aircraft during major California firestorms from when it opened in 2003 to present.

I am a pilot and fly into the Ramona Airport often. I have absolutely no problem with the tower being closed. Pilots are taught to 'self announce' on a common advisory frequency at untowered airports and rarely have any problems regulating themselves. The airports at Hemet (a huge firefighting station), Imperial, Fallbrook, Oceanside, French Valley, and Calexico just to name a few, have no air traffic control towers.

I am certain that the USFS and CDF have capable air traffic controllers as part of their strike teams who can manage air traffic in the event of a major commitment of firefighting resources.

Palomar's tower is seen as critical because of the large volume of jet traffic into and out of the area.