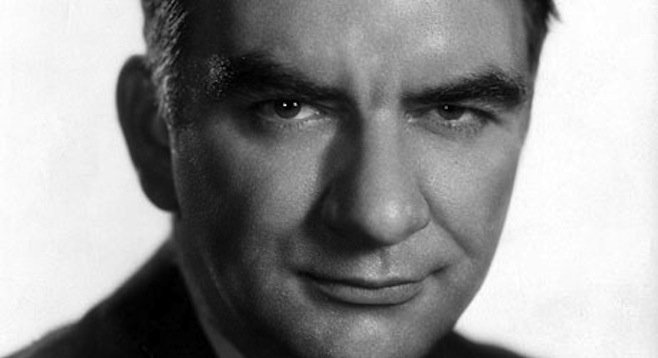 In 1927, Ruth Snyder, a woman in Queens, persuaded her lover, Judd Gray, to kill her husband so they could collect the insurance, which had a double indemnity clause for accidental death. Snyder and Gray got nabbed, and Gray got the chair at Sing Sing.

Working as a journalist at the time, James M. Cain attended the trial and later based his novella, Double Indemnity, on the story. Liberty Magazine serialized it in 1935-36.

It would be Chandler’s first. During the initial interview, he said he’d happily do a treatment for a few hundred dollars, which he assumed was a large sum. To cure his naivete, the moguls at Paramount said get an agent. Chandler did and signed a 13-week contract for $750.00 a week.

The first week, he turned in 80 pages, which horrified every writer under contract – their minimum amount was eleven double spaced pages - and even the moguls, who thought he was either subversive or stark raving loopy; so Billy Wilder came in to co-write.

Since he had never collaborated with anyone, the 55-year-old Chandler got edgy. Typing nine-to-five in Paramount’s “Tower of Babel” (the Writer’s Building) didn’t help: one chair, one desk, bare walls, upright telephone – and, on the plus side, a secretary. 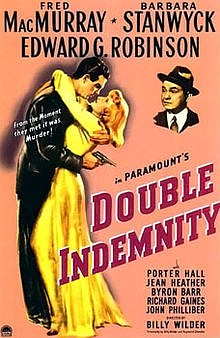 Chandler said his four-month collaboration with Wilder “has probably shortened my life.”

To Wilder, Chandler “looked like a poet is supposed to look” and later said Chandler was “one of the greatest creative minds” he’d ever met.

But throughout the process the ever-crafty Wilder gave the novelist so much guff that at one point Chandler wrote a list of grievances (among them Wilder’s habit of swinging his leather-handled cane like a sword in Chandler’s face), and walked out.

Wilder caused the tempests on purpose. “If two people think alike,” he said, “it’s like two men pulling at one end of a rope.” Writers “need an opponent to bounce things off.”

Chandler said he learned what he could about screenwriting from Wilder. “Which is not too much.”

Chandler taught Wilder too. Cain’s dialogue worked in the novella. But when actors spoke the lines they were “quite colorless and tame.” They sounded, said Chandler, ever-eager to denounce a rival novelist, “like a bad high school play.”

Cain had “written for the eye, not the ear,” said Chandler. He cut out the “he said/she said” markers, which gave speeches a “ragged look” on the page.

Chandler, who could be downright catty with any claimant to his crown, wrote Cain a letter of explanation.

Although critics praised Cain’s dialogue, Chandler said that when spoken, it “had a sort of remote effect that I was at a loss to understand.

“It came to me that the effect…is only partly sound and sense. The rest…is the appearance on the page.”

The “ragged look” let the eye take in several lines at once: “You read the stuff in batches, not in individual speech and counter-speech. On the screen, this is all lost, and the essential mildness of the phrasing shows up as lacking sharpness.

“For the screen everything has to be sharpened and pointed and whenever possible elided.

“But of course,” Chandler added with a final thrust of his poisoned petard, “you know far more about it than I do.”