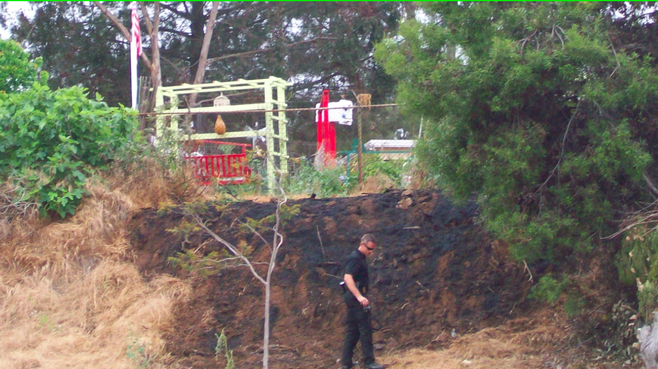 Brush fire on side of Nimitz Boulevard

Man and dog leave with police

Police officers and firefighters arrived on the west side of Nimitz Boulevard near West Point Loma Boulevard at around 11:00 a.m. on Tuesday, April 30.

A man was sitting on the side of the road with his dog. Behind them, a steep bank that falls away from the Ocean Beach Community Garden was blackened and charred.

At first, two SDPD officers lit up their squad cars’ lights and were seen interviewing the man. Soon, a fire department captain pulled up and began taking pictures of the area and making notes. Eventually, the man and his dog were taken away in the back of one of the patrol cars.

A follow up with the police would have been in order, to find out what this story was all about. I'm curious!