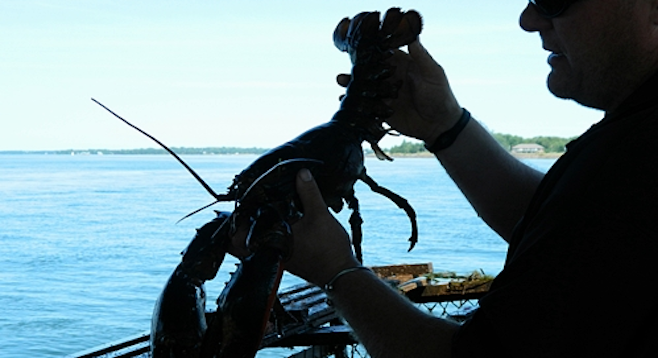 A visit to foodie heaven.

Prince Edward Island, Canada, is called the birthplace of Canada – it was the site where they became a confederation in 1864. In 2014, they will celebrate the 150th anniversary of the Charlottetown Conference leading to confederation.

It’s also Canada’s smallest province, and it’s true what they say about good things in small packages. It offers a laid-back island atmosphere with beaches and the finest, most desirable seafood in the world. But Prince Edward Island is also a place where people live; it has services and activities that aren’t touristy. 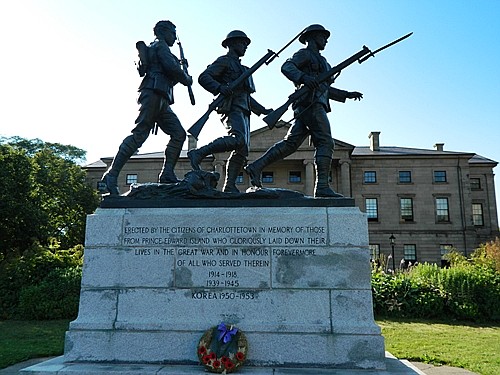 Charlottetown has Victorian-era architecture, museums and theaters, along with views of water leading into the Northumberland Strait. Other parts of the province are seafaring towns or quiet country villages with their own charm. The world knows “PEI” as the place where the book Anne of Green Gables is set.

Where to stay. Prince Edward Island has many, many bed and breakfasts. But for a classic hotel stay, the Holman Grand Hotel* is a AAA/CAA 4 Diamond experience. It’s right in the heart of downtown Charlottetown, with attractions and restaurants within easy walking distance. It’s got a modern, Scandinavian feel, with elegant, luxurious amenities. The blonde hardwood floors give an airy feel, while pillow-topped beds, soft spa robes, electric fireplaces in select rooms and an indoor pool add to the understated pampering. The hotel is pet-friendly, too.

Their in-house restaurant, Redwater Rustic Grille, has gourmet offerings for both breakfast and dinner. They use local ingredients in classic dishes, simply and expertly prepared, with a Wine Spectator award for their vast wine collection. With the luxe accommodations, room service makes sense for extra indulgence.

What to do. If you’re a foodie, PEI is a learning paradise, with activities that go far beyond eating at traditional restaurants. Experience PEI is a great contact to help arrange “authentic PEI” experiences, with a real inside track.

Future Seafoods will take you out for oyster tonging (left), where you'll be able to eat an oyster straight out of the salty water.

Mike at Top Notch Charters will show you what it’s really like to be a lobster fisherman. You’ll be able to empty out a lobster trap and band its claws right out of the water. You’ll learn the business and conservation efforts involved. If you go on an afternoon or evening trip, you’ll get a fresh-cooked lobster dinner, too! There’s a whole universe of difference between fresh and frozen lobster.

Toss everything you know about cooking classes – whether at a culinary academy or in a restaurant – out the window. Annie’s Table is a completely rehabbed church set up as a cooking studio. Proprietor Annie and Chef Norm preside over an atmosphere of serenity with the freshest ingredients on the planet at their disposal. There’s a sweet little vegetable and herb garden outside, and the purveyor of the island’s – and therefore the world’s – best oysters and mussels drops off some of his catch of the day before getting the rest to Toronto’s fanciest restaurants. Locally produced moonshines, wines and honey drops also make their way into recipes. The class is hands-on and cooks of all levels will pick up skills as well as flavor ideas.

Sure, Mt. Stewart’s Trailside Café serves local cheeses, produce and has a full bar. What they’re really known for is their live acoustic concerts and sense of community in this restored rural vintage building. The owner has other properties, so is able to book locally famous acts that pack the place. 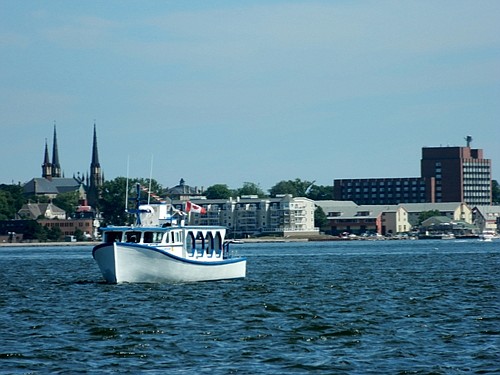 View of the Charlottetown harbor.

What to eat. Lot 30’s food is so seasonal and fresh, they don’t even own a freezer. Don’t go looking for cocktail sauce for your raw oysters: “Islanders” – as the PEI folks call themselves – find a sweet, ketchupy flavor overwhelming to their prized delicate seafood. Lot 30 is a fine dining restaurant that still maintains a casual, come-as-you-are vibe, right in the heart of downtown Charlottetown. Recent studies have theorized that berries grown near salt water have more sugar content as a survival mechanism. Maybe that explains why Lot 30’s fresh berry desserts are extra sweet.

You know you're at a farm-fresh restaurant when the menu lists the names of the owners of farmers supplying the produce, edible flowers, locally produced sparkling wines for the champagne cocktails, meats – and they're neighbors! The Pearl is in the country, a funky but still-polished oasis with art on the walls and fresh flavors on the plates. Dress is dressy-casual.

Several farm-table restaurants on PEI, including The Pearl, serve their lettuce for salads untorn to highlight that they're getting lettuce straight from the garden and not from a bag.

Having tasted many micro ice cream makers – several of which are great, I’m sure I will partake of them again – I can confidently pronounce COWS the best. They’re considered a “super-premium” ice cream, which is actually an industry term of art, not just a superlative. One of their handful of stores in PEI is open year-round, the rest are open May – October. Their strawberry ice cream is made with local PEI berries.

Beanz, right in Charlottetown’s city square, serves coffee drinks and wholesome food. I learned that a “Coffee Canadiana” is a cup of brewed coffee with a shot or more of espresso.

*According to their website, the Holman Grand Hotel is currently closed but plans to reopen. More lodging options: discovercharlottetown.com/en/stay 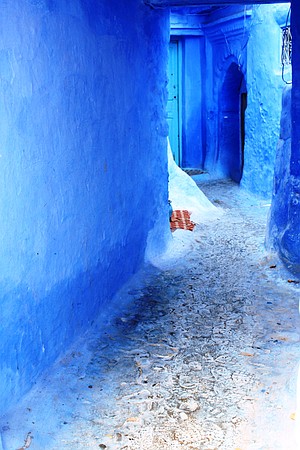