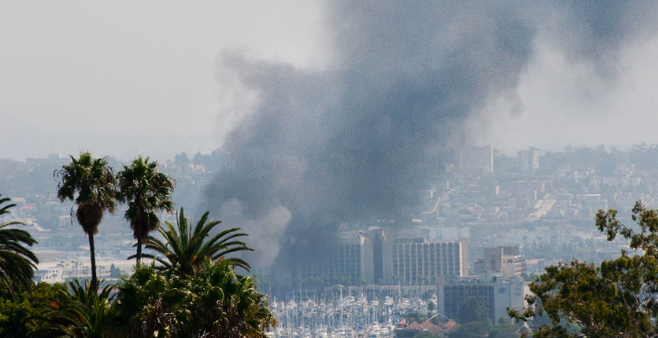 A large yacht went up in flames on Harbor Island near downtown Wednesday morning just after 11 a.m.  Smoke from the fire, which was docked at Harbor Island Marina,  blew over downtown and was visible from around the bay; this photo was taken from Point Loma.

The flames were extinguished within 15 minutes. The cause of the fire is under investigation. 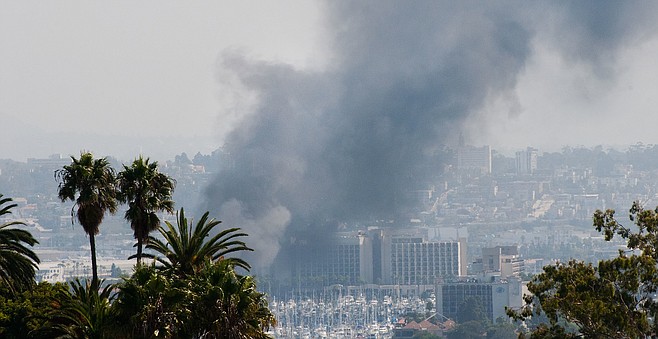