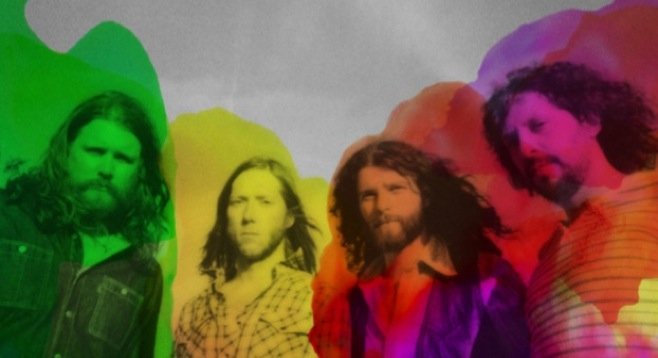 All of a sudden, there are reasons to be excited about rock music again. First on the radar for engrossing September releases is the Sheepdogs, a band that’s bringing the boogie back through their feel-good contributions to Southern rock.

After years of gigging as an independent Canada band from Saskatoon, the Sheepdogs received recognition by winning Rolling Stone’s 2011 cover contest and stepped into the spotlight. Earlier this year, they entered Atlantic’s studios in Nashville to record their self-titled major-label debut, with Patrick Carney of the Black Keys at the helm as their producer. The result is a collection of rollicking blues-rock tunes that should secure the Sheepdogs as a staple in today’s rock scene.

Lead singer Ewan Currie’s smooth vocals spur along group harmonies that compliment the transitions between twanging guitar riffs and gut-driven solos. While tracks like “Feeling Good” make Carney’s influence obvious, songs such as “Javelina!” and “I Need Help” prove that the Sheepdogs have a style that is all their own.