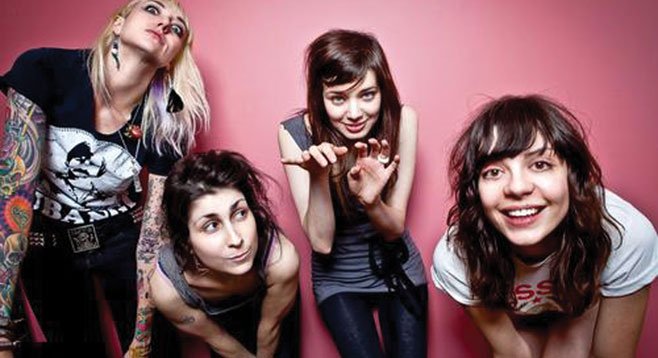 Thursday 22
She-punk four-piece the Coathangers hit Tin Can Ale House with last year’s v. recommendable Larceny & Old Lace, the Atlanta band’s second on Seattle-based label Suicide Squeeze and first recorded in an actual, factual studio. The snarky little ladies have here learned to tune and — holy moly — play their respective instruments as well as pen some infectious shit. Hit up last.fm to feel the gusts of lead single “Hurricane” or the punk’d paean to former tourmate Jay Reatard, “Jaybird.” 178,876 plays (10,583 listeners) at press time — these girls mean business. And they are some must-see TV, punky. With White Mystery, the Lumps, and Lady Parts setting it up, this is a gig to get to tonight. Go say hello to your feminine side.... If you miss the door at the Bankers Hill bar — and it will fill early — Soda Bar sets up Rough Trade A.D.D. artist Jordan Gatesmith (I think he’s, like, 19) and his band Howler, which is out to tout crit hit America Give Up. The Mini Apple indie kids nod (a lot) to their hometown heroes the Mats as well as the New York cool of Lou Reed and VU. Static Jacks and Shiva Trash blow in first, making this one a close second in the sets-to-see category.... Best of the rest: the Sin City Circus Ladies of Berlin, the Kamikaze Queens, grace the stage at Shakedown with girl-group garage...Los Angelino accordion rockers Very Be Careful will be out at the Ken with cumbia kin Cumbia Machin...SanDago art-punks Ghetto Blaster turn up at Tower Bar with sonic experimentalists Innerds and blistering Bellingham trio Dog Shredder...and it’s Whiskey Weekend at Eleven, as the rocket fuel flows Thursday thru Sunday, gassing beaucoups bands. Click this for the list: elevensandiego.com.

Friday 23
Bad news from the Beasties camp last year, but Karl Denson’s Tiny Universe and a couple cats from Slightly Stoopid will be at Belly Up to fix what ills you, playing a two-night tribute to the best damn rap-rock band outta Brooooklaannn.... 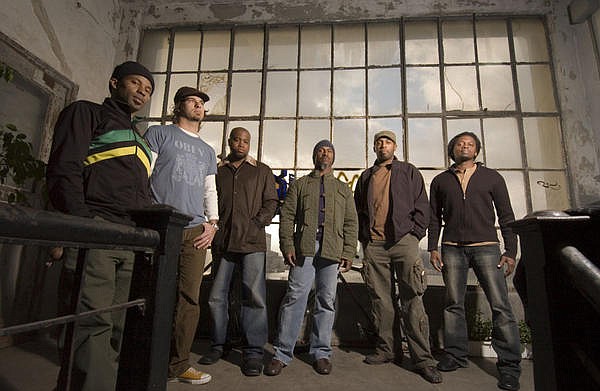 Barroom rockers Little Fowl alight Friday night after the local folkie Donkeys clop into Whistle Stop. Everyone by now’s had a listen to the Donk’s Dead Oceans record Born with Stripes, yes? If you haven’t seen the guys behind the vinyl, this’d be a good night/venue to check ’em out.... Else: from Missourah, alt-rockers Molly McGuire set up at Soda Bar. This is Jason “Captain Blackie” Blackmore’s (Rats Eyes) old band...that organ-grinding danse macabre, the Creepy Creeps, are out at the Tower with Cyclops (featuring Tina Lucchesi of SanFran garage-punk band the Trashwomen) and Guantanamo Baywatch...iShill act the Ting Tings will be at House of Blues behind this year’s (ruthlessly) inescapable Sounds from Nowheresville...Russian-American rockabilly band the Red Elvises roll into Ruby Room...UK street punks Crashed Out will hit the skids at Shakedown with our own Rat City Riot and Sac-town punx City of Vain...while Dizzy’s does a gig at the Cosmopolitan, where the Gonzalo Bergara Quartet visits Shades of Django on the Old Town inn.

Saturday 24
House of Blues hosts the Mother Hips Saturday night. The Bay Area rock-n-soul band has been rolling for more than 20 years now, and some say suited for the mantle of the Dead. Tim Bluhm’s crew last year released the box-set primer Days of Sun and Grass: 1991–2001 for the great unwashed. For the not-so-great unwashed, this year’s Mother Hips Hipnic is back at Big Sur’s Fernwood camp May 4–6, and the list of players should finger-pick your folkie heartstrings: motherhips.com/news.... Not your cup of wheatgrass tea? Robert Schwartzman (Rooney), the Relationship (Brian Bell of Weezer), and Jonestown Revival fill an indie-pop bill at Casbah...fiddle-rockers Lexington Field play a CD-release thing at Ruby Room for their new t’do, Poor Trubled Life...Kenseth and Brandon join David Liebe Hart (Tim & Eric Awesome Show) at Til-Two for a night of indie rock and comedy (and you thought it wouldn’t last)...wanna-be country skrunks El Monte Slim’ll be out at the Riviera Supper Club in La Mesa...while loud-ass locals the Heavy Glow and Hocus split a bill at Soda Bar, which would like to remind you: “The blindness is only temporary. The tinnitus is forever.” 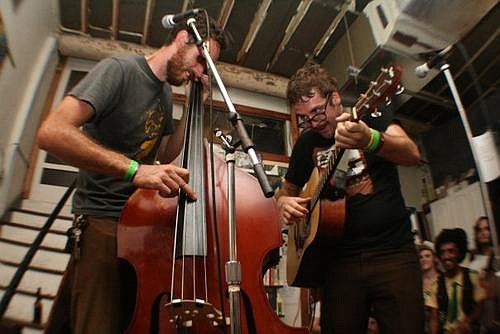 With song titles such as “The Michael Jordan of Drunk Driving” and “Zombie by the Cranberries by Andrew Jackson Jihad,” how could they not be rad. Laura Stevenson and Her Cans open the show. Or is it Laura Stevenson and the Cans? I dunno.... And alsos: Shakedown plugs in pop-punkers the Ataris after the Go Reflex and Sic Waiting...Russian alt-rock quartet Mumiy Troll’s at Casbah with Run Run Run...and Dizzy’s books a Baker/Mulligan trib at 98 Bottles, where Gilbert Castellanos will have his horn set to Chet.

Monday 26
From Chicago in Illinois, JC Brooks and the Uptown Sound play Casbah behind last year’s punk ’n’ soul platter Want More, which I was recently hipped to, and mm-mm, like the press pack says, JC Brooks “was put on this earth to work crowds into a foamy lather.” Believe it.... L.A.’s dark-garage-a-tronica trio American Royalty graces the stage at Soda Bar behind this year’s Matchstick EP.... And it’s pianist Kevin Cavanaugh’s Morrissey Monday out at the Riviera, “playing everything from the Smiths to Moz’s Years of Refusal.” Haven’t been, but I hear it’s a funyun.

Tuesday 27
San Diego’s reunited slash-and-burn post-hardcore band Hot Snakes will slither into Casbah after Mrs. Magician and Spider Fever for what’ll very likely be the gig to see this month — year? If you didn’t get tix within minutes of this show being announced, you ain’t goin’. Don’t fret, diehard, there’s a handful of nearby dates from Phoenix to L.A. listed on the interweb, so get to trawling.... In the mean, drown your sorrows as Aussie alt-pop act Gold Fields takes the stage at Soda Bar behind its s/t debut. It’s a “Casbah Presentation” if that takes some of the sting...

Wednesday 28
That funky freakshow from N.O., Galactic, crashes into Belly Up Wednesday night behind this year’s brass attack Carnivale Electricos. You like spaz jazz and bounce, you’re gonna love these guys. Not sure how Living Colour’s Corey Glover fits into the mix, but apparently the siren’s on it.... 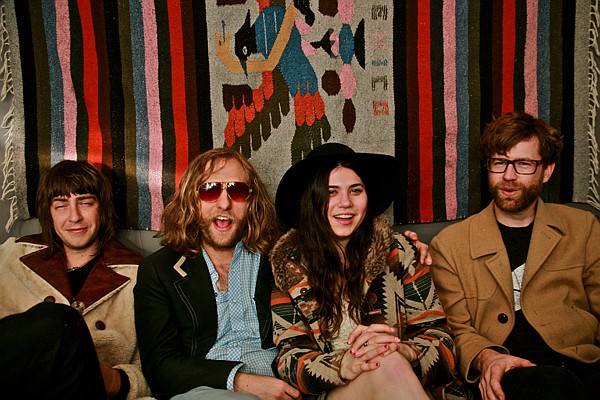 One of our favorite SanFran bands, Blank Tapes, is now one of our favorite L.A. bands, having recently moved back to the Southland. The garage-pop folkies roll into Tin Can Ale House with Brainstorm from PDX, This Frontier Needs Heroes from NYC, and Levi Strom from Big Sur, setting up a hella stacked show at the Bankers Hill bar.... Orrrrr: Sole, Ceshi, and Bluebird fill a trip-hop bill at Soda Bar (Sole is Anticon founder Tim Holland, btfw)...noise-pop quartet the Lanterns will glow on Ché Café’s stage after Cash Crop, Soccer Babes, and the Goodnight Beast...jazz and blues axe man Robben Ford will sling it at Anthology...while Casbah cooks up some comedy, serving grass-fed Neil Hamburger.
— Barnaby Monk