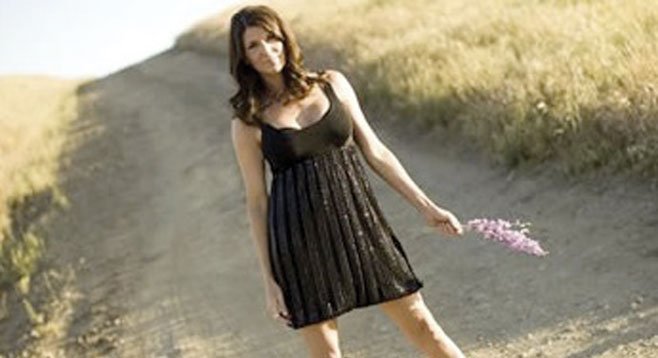 “At least I have insurance this time,” says Kane. “Hopefully, it will cover all the treatments after my $800 deductible.”

Roppé’s new book about her own successful recovery, Rocking the Pink: Finding Myself on the Other Side of Cancer, debuts March 8 at the House of Blues. “We’ll have signed copies of the book, and the band will play a set in the Delta Room,” says the Encinitas mother of two. Roppé’s costume-and-dance-filled video for her survival anthem “I’m Still Here” has surpassed a million YouTube views, and her same-named full-length CD also deals with chemotherapy and cancer.

Also recovered from a recent medical ordeal is Heretic bandleader Darryn Kelly, who says his vocal polyp surgery last year forced him to “overcome incredible setbacks” to perform with the band (for the first time since early 2011) on Friday, February 24, at Brick by Brick. I asked him via email to elaborate, mentioning, “In a world full of people losing limbs and dying of cancer, vocal polyps by themselves don’t sound very incredible...”

“Yes, people die of cancer, lose limbs, and all sorts of other nasty things. But when you’ve based your entire life to achieving something that requires you being able to sing and suddenly there’s a possibility that you’ll never be able to do that again, I think it’s fairly serious.”