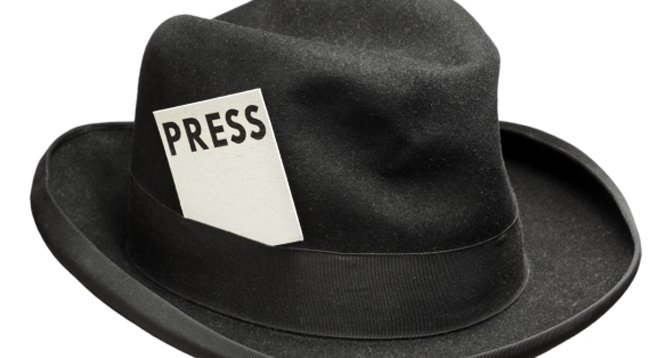 Hey, all of you indignant, letter-to-the-editor-writing black girls: Printing someone’s stupid, wrong opinion about nobody liking black girls isn’t racism; it’s journalism. Probably no one took it seriously except you all. Forget about it, already.

Signed,
Politically incorrect and proud of it.
via snail mail

Thank you, Mrs. Salaam, for your article on the little black girls (“Afro Puffs,” July 12). I feel the pinch that no one likes us black women or our hair either! Everyone seems to bash you or feel insulted by your truthful statements, but I’m proud of you for your article.

Keep up the great work!

Rabbi Cain believes in reincarnation (Sheep and Goats, August 9). He also teaches that freedom is the freedom to choose whom to follow. In other words, what intellectual slavery do you wish to choose? Judaism is a slavery to a mythology of racial supremacy that the rabbi chooses not to face. Therefore, he too is a slave. Jesus came to tell us that freedom is found in rejecting the slavery of Judaic racism. That is why the rabbis had him crucified.

There isn’t a town or city in the nation – perhaps in the world – that doesn’t have the problem. The problem is buildings that have been abandoned, fallen into disrepair, and end up as eyesores. I have seen them everywhere, from abandoned tenements in ghetto neighborhoods of rust-belt cities, to the magnificent old New York Central Terminal train station in Buffalo, New York, to the Red Rest & Red Roost in downtown La Jolla, to any old dilapidated house that attracts transients, homeless, squatters and vagrants. Some turn into drug houses and “shooting galleries.” Some are surrounded by ugly chain-link fencing, some are merely overrun with weeds and grass.

Every city and town — almost every neighborhood — has them. Some, like a former tire dealership in downtown San Diego, get cleaned up in only a year or so. Others sit neglected and decaying for years and years. They become an issue for local police and other authorities that are forced to deal with someone else’s trash. Recently, even the Catskill Mountains of New York State’s Sullivan County has become famous (infamous?) for the wreckage of Borscht Belt hotels like Grossinger’s and The Pines.

Let it be decreed and supported by law that anyone, be it an individual or — especially! — a company that erects or owns a structure must be responsible for the upkeep and maintenance of that structure, even — especially! — after they no longer use it. This responsibility should be transferred along with ownership so that the last owner of a property would be the responsible party.

The rallying cry for this campaign shall be NO MORE EYESORES!

I would like to say that the cover of the July 12 Reader is offensive, and I took it as racist. I understand you guys do a lot of sarcasm on your covers. This one was not needed, not during the times that we’re going through. We just had a young black man killed by a white man. We already know there is a lot of white-on-black crime.

I just want to let you guys know that this was offensive. It doesn’t really go along with what the writer was talking about. I understand where she was coming from when she wrote her story. But for that to be on the front cover — I’m almost certain a white person wrote it.

You guys should really check yourselves before someone gets hurt behind something so stupid. And you guys just wanted to be sarcastic and were trying to be funny? Well, it wasn’t funny and you’re offending a lot of people. I’m spreading the word out there. I hope you get a lot more pissed-off letters to the editor.

Now, the issue is legitimate. The statement is true, but what she said in the article has no bearing on it whatsoever. So, I don’t know where you guys were going with this. It’s not explained anywhere in the Reader. It’s exacerbated. It has no context. It’s just unbelievable that someone would put that on the cover of the magazine and not be able to elaborate on it extensively. It’s very personal and offensive because it’s not explained,

This article has flared up a lot of tension in our community, and we are not happy about it. At all.