Of Miracles and Grave Misfortunes

It had to be a miracle! As Sebastián Vizcaíno’s three ships neared the bay at Cabo de San José, a fog curtained the shoreline, and the ships separated beyond hailing distance. The old Santo Tomás drifted to within 50 paces of a rocky promontory. Suddenly, the fog lifted. Sails and spars gleamed. As the captain edged the lethargic galleon out to sea, mists thick as milk spilled back down.

The crew swore that the brief flash of sunlight, which saved at least 70 lives, must have been divine proof that Vizcaíno’s exploration of the heathen California peninsula was on the right track. 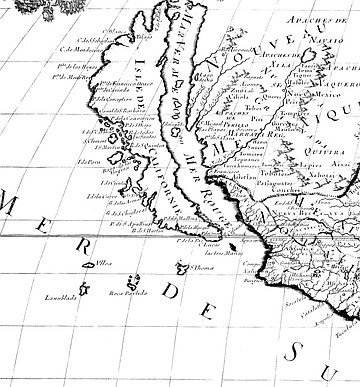 It had taken the San Diego, Santo Tomás, and the Tres Reyes seven days to cross the Gulf of California, 50 leagues from Mazatlán to Cabo de San José. They anchored in the bay June 11, 1602. As crewmen furled the sails, clusters of natives began dotting the beach. Soon, at least 100 stood abreast, black and white markings beneath dark, top-knotted hair. They waved spears and bows. They shouted and threw sand in the air.

They had reason. When Hernán Cortés brought an expedition to Baja in 1535, he’d turned his dogs of war on the natives. Soldiers followed, cutting down men and women at random.

In a previous expedition to La Paz, Vizcaíno had infuriated the natives so much that the viceroy of New Spain ordered him, this time, to “avoid conflicts with the Indians” on penalty of death. Vizcaíno must explore and chart the coast of California and find a harbor for galleons from Manila. No settlements, no searches for gold or black pearls.

Seeing more and more men emerge from the giant brown vessels, the natives drew back to a hillock. Did these bearded strangers, with silver heads and deerskin coats, mean more harm?

On the beach, Father Ascensión, leader of the Carmelite friars, told young Father Antonio to ascend the hill alone and meet with the chieftains.

As he trudged up the sandy incline, Antonio made signs of peace — and to lay weapons down. The natives did, and he embraced the leaders. But when the friar called for the landing party, a chief said “no.” They must lower arms as well.

Antonio made a strategic move. Expeditions from New Spain often used a person of color to make first contact. Antonio signaled a young black man to bring a wicker basket filled with biscuits. As so often happened, writes Ascensión, “the Indians were delighted to see him, caressing him very much and [making clear] they had some friendship and trade with some other Negroes.”

Vizcaíno brought beads and small looking-glasses as gifts. The natives accepted them with suspicion and returned to their villages.

After posting sentinels, the landing party searched the area. Near the beach, surrounded by green cane brakes, they found a priceless treasure in time of need: a lake of fresh water. They hadn’t refilled their supply in at least eight days and were running low.

Along with facing near-constant headwinds, one of the few certainties about the voyage ahead: much of the peninsula would be sterile or would have, at best, “green,” undrinkable water. And since headwinds often postponed the next destination, fresh water would remain a necessity. The search consumed much time, writes Alberta Denis, and “water was carried in whatever would hold it and wherever it could be put — even in the rigging.”

Across the bay, where surf beat against a rocky promontory, foragers made another discovery: sardines, washed ashore by the thousands, making death-slaps with their tails on the sand. “So many and so good were they,” writes Ascensión, “all those of the fleet supped that night and dined the following day.”

Instead of having to cast nets to find fish, writes Vizcaíno’s diarist, with an eye for omens, “God granted that there should be…as many as all could eat.”

Pirates named the bay Aguada Segura because they could lie in wait for Spanish galleons in its “safe waters.” From this bay, Thomas Cavendish had attacked the Santa Ana in 1595, the richest heist of all.

Though the viceroy ordered him not to rename sites, Vizcaíno dubbed the bay San Bernabé, after St. Barnabas, a minor disciple whose feast day is June 11.

The third Carmelite priest on the voyage, Father Tomás de Aquino, said Mass daily from a tent near the promontory. Masses, says Father Ascensión, were “a great spiritual solace for all, though I do not think the Devil received much pleasure from [them].”

Since the moon would not change the tide for several days, soldiers washed clothes and took on wood. Some made new sails to replace those already worn out. Fishermen enjoyed constant sport, hauling in everything from salmon and red snapper, to perch, skate, sea bass, and bonito. Several times, the weight of a catch ripped the seine.

A giant devil ray, “17 spans” (a distance measured by a human hand) from head to tail, wrapped itself around an anchor cable buoy. Some feared that its half-moon-shaped mouth, a good seven spans across, would sever the line, sending the Santo Tomás adrift. Instead, it tried to steal the buoy. It took several men to kill the monster, which clung to its prey like a fiend from hell. But the ray was so huge, a dozen men couldn’t haul it to shore with ropes.

Along with hordes of fish, foragers found rabbits, hares, and signs of deer on essentially level terrain. They also found incense trees and a lagoon of salt. “But,” writes Vizcaíno’s diarist, in an afterthought that would haunt the expedition, “there was no fruit.”

On June 16, Vizcaíno assembled his council. The next known port was Cedros Island, many leagues up the coast. If the ships separated, they would regroup at its leeward shelter. If the winds around the point at Cabo were “contrary,” they would return to this bay.

They also agreed, writes Herbert Eugene Bolton, that “in order to avoid trouble with the natives, no landing must be made of less than 30 armed men; Indians must not be ill treated, nor presents received except by the commander of the landing party; orders must be obeyed on pain of death.”

The waters along Baja, and winds above, are cold, made so by the California current. For people accustomed to 95-degree heat and high humidity, weather in the 60s felt like winter. So the leaders distributed warm clothing. The ever-suspicious Vizcaíno added an edict: “No one should gamble or sell” the heavy coats and other items “under pain of death.”

The voyage began with a longboat. But the council declared it unfit to sail heavy seas, and a nuisance to tow or carry on board. They filled it with sand and buried it in a small lake. They’d retrieve it on the return voyage.

At 4:00 p.m., June 19, the San Diego unfurled its sails and headed to sea on an outgoing tide. The Santo Tomás and Tres Reyes followed.

Just a few leagues from the bay, the northwest wind came up and almost snatched the vessels from the water. The Tres Reyes, a light frigate, froze, its flat, lateen sails flapping. The captain had to turn back. To keep the group together, the other ships returned as well.

During the next few days, the fleet made several more attempts to round the point and sail beyond the sight of the land. Each time the wind drove them back, as if by design. “The sea ran so high,” writes Ascensión, “it seemed as if it was going to bury the land and swallow the ships.”

From the tip of Baja, all the way up the coast, northwest winds prevail. Manila galleons heading south along the California coast had the wind at their stern. They “sailed downhill” to Acapulco, writes Richard Pourade. Ships heading north from Cabo would be “sailing uphill.” They encountered not only roving mountains of air but whirlpools, caused by the intersection of warm Gulf and cold Pacific currents.

Father Ascensión blamed a different culprit: “The Devil caused it all to hinder the voyage and [keep his] lordship over the souls of the natives of that great kingdom.”

On July 5, the fleet made its fifth attempt. A land breeze favored them until they reached the high seas. Once again, the northwest howl hammered them.

From the San Diego, Vizcaíno signaled the other ships to keep tacking out to sea. The Santo Tomás followed. Two leagues beyond where they’d turned around before, headwinds calmed a little. Still both ships had to sail “on the bowline,” as close as possible into the wind. The San Diego and Santo Tomás ploughed into oncoming waves, causing great bursts of foam, then skidded down the backsides. Masts tilted backward, righted themselves, tilted forward, like someone shaking an angry finger.

But the smaller Tres Reyes was forced to turn around. As it reached the rocky promontory, conditions changed. It sailed north, this time hugging the coast.

Thinking the frigate was still behind them, the San Diego and Santo Tomás continued onward, both captains surprised by the force of even mild winds.

On July 8, unable to see the Tres Reyes, Vizcaíno decided to sail within sight of land. As the San Diego neared some high mountains, the winds died. So, strangely, did the current. It was as if nature’s forces had shut down. For eight days neither ship could advance a single league.

“The currents stopped,” writes Ascensión, “and when the wind began to blow, they began to run. The secret could never be made out. [Only] God knows the cause.”

On July 16, to free the expedition from the doldrums, the three friars prayed to the statue of Señora del Carmen, under a mantel at the bow of the San Diego.

As they chanted a litany, writes Ascensión, “a fresh, soft, and pleasant wind came up with which they escaped from such a tiresome place.” The word milagro — miracle — made excited rounds among the crew.

As they neared Magdalena Bay, a fog came up thicker than the one at San José de Cabo. Though he couldn’t make out anyone seven paces away, Vizcaíno ordered his pilot to steer the San Diego into the “black fog.” He wanted to see if the Tres Reyes lay anchored there.

Not wanting to repeat the near disaster at Cabo, the Santo Tomás stayed outside.

Vizcaíno entered the bay. Beyond the point, five fathoms deep, he found a large sand bar, several ports and anchorages — but no Tres Reyes. He ordered ensign Juan Francisco to take four soldiers to a high hill near the northern entry. Send smoke signals to the Santo Tomás. Tell them the San Diego was safe.

The soldiers saw the Santo Tomás far offshore and built a bonfire. One signaled Vizcaíno, who ordered Bolaños, his pilot, to sail the launch out to the galleon. But the wind freshened, and Bolaños had to turn back.

The crew of the Santo Tomás saw the signals, writes Vizcaíno’s diarist, but “they did not understand them.” The galleon set sail for Cedros Island, the next known destination.

Three ships, who knew how many leagues apart: one anchored, one hugging the coast, the third heading out at sea.

Maybe what had happened at Cabo wasn’t a miracle after all.■

loving this series!!!! love it.