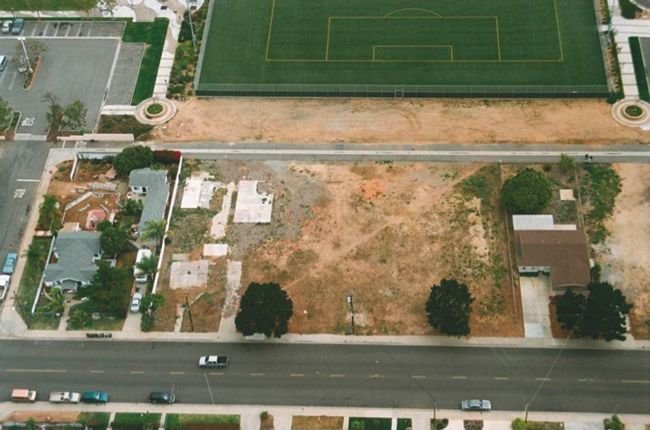 "We had to do something about it ’cause he’s our little cousin,” said Victor Lopez. “We got to go shoot somebody.”

Victor’s 18-year-old cousin Alex had been shot in the face on his way to a house party in Carlsbad. As he walked up to the house, a member of the Carlsbad Locos pulled out a gun and shot him. The bullet tore off part of Alex’s eyelid. He missed getting a bullet in the head by an eyelash, literally.

In the spring of 2009, Victor and his friends talked about getting revenge.

Victor spoke from the witness box in North County Superior Court in Vista. He was 22 years old. His head was shaved, and he had a small, black goatee. He had turned state’s witness as part of a plea deal. A year earlier, in April 2009, Victor and two of his friends were arrested and charged with murder after an alleged gang member was found dead in Carlsbad. Victor pleaded guilty to voluntary manslaughter and agreed to testify in court.

Jose Angel Barraza and Javier Antonio Lopez, Victor’s gang-mates and codefendants, sat at the defense table next to their attorneys and stared at Victor. The codefendants had shaved heads, too, and sparse moustaches. Jose Barraza was 27 and Javier Lopez was 20. They faced charges of murder, conspiracy, and other felonies. Judge Joan Weber presided.

Victor testified that his gang is called Encinitas Flats or Tortilla Flats or Varrio Encinitas. He said his gang is in a constant state of hostilities with its neighbor to the north, the Carlsbad Locos. “It’s always been that way,” Victor said.

He confirmed that codefendant Javier Lopez was his cousin.

After Alex got shot in the face, Victor and his cousin Javier and other Encinitas gang members met and planned their revenge. It was about five weeks after Alex got shot that Victor said he stepped up. “I needed a weapon. I needed a gun, so I could go shoot somebody up,” he said. Someone at the gathering gave him a phone number, a contact from whom Victor could get a gun.

A few days passed before he called the number. It was April 4, 2009, when Victor connected with Jose Barraza, who told him to come over to pick up the weapon. Then-21-year-old Victor had access to his mom’s car, but he did not have a valid driver’s license, so he made another call. Victor said he called his friend and fellow gang member Carlos Balderas. Balderas answered the call. He would not survive the night.

“I let him know what the business was, what we was going to do,” Victor said. He chuckled in the witness box when he recalled the moment: “Payback!” he said.

Balderas drove Victor in his mom’s car to Jose Barraza’s home. Other Encinitas gang members had already gathered, and they continued to arrive that Saturday evening. As they drank and talked, some were “playing around with the gun.”

How did they play with it? prosecutor Geoff Allard wanted to know.

“Just holding it,” said Victor. “Standing with it.”

Allard asked if Barraza instructed Victor on how to use the gun. Victor seemed surprised. “You just got to pull the trigger,” he said. “It was a sawed-off shotgun.”

The prosecutor brought out a photo of a sawed-off shotgun. Allard asked Victor if he thought this type of gun would be useful for hunting. “The only thing we hunt is rivals,” Victor said, again sounding surprised.

Victor said he got ammunition for the shotgun from Barraza. Then Victor, Carlos Balderas, Javier Lopez, and Jose Barraza piled into Victor’s mother’s car, and they all took off for Carlsbad.

What was the plan? the prosecutor asked.

“We was going to find some bald guys that was claiming Carlsbad and just shoot ’em,” Victor put it plainly.

Because the Encinitas gang members knew their Carlsbad rivals hung out around Chase Field, a popular park in the barrio, they parked on a nearby side street. “It was night.”

They got out of their car and quickly became separated. As Javier and Barraza walked ahead into the darkness, Victor and Balderas turned back because Victor realized he’d forgotten to lock the car.

Suddenly, four or five men — the intended targets — surrounded Victor and Balderas. “They hit us up, asking where we were from,” Victor said.

“We were disrespecting each other,” he said. “We were talking shit back to them.” Victor said the Carlsbad men called for backup. “They were whistling for more people to come.” Victor and Carlos “began to run.”

Running in the strange neighborhood at night, Victor lost sight of Balderas and found himself cornered in an alley. Victor said one man hit him. “He pistol whipped me, in the face,” said Victor. “My eye swelled up.” Victor managed to escape and run away, and he hid behind some trash cans alongside a house. While he hid, Victor tried to reach Balderas, dialing Balderas’s cell phone number “more than 15 times,” he said. Balderas had the keys to the car.

Victor said he never heard any gunshots that night. At least four witnesses, including people who called 911, told police they heard three or four gunshots.

“I ended up calling my mom,” said Victor. His mother came and picked him up, and they drove together in the darkness toward where her car was parked. But there were cop cars and emergency vehicles all around, so Victor and his mother went home. Carlsbad police seized a Toyota Camry registered to a Prisca Lopez that night, according to court documents. Police later showed up at Victor’s home and took him into custody.

The cell phone records of Victor, Barraza, and Balderas were analyzed, FBI investigator Edgar Fritz said in court. All three phones were trying to contact each other in the downtown Carlsbad area at about 8:00 p.m. on April 4, 2009, Fritz said. All calls from Carlos Balderas ceased at 8:07. But Victor continued to call Balderas’s cell, making 14 calls after 8:07 to Balderas’s number. Victor’s calls to Balderas ceased at 8:43 p.m.

Carlos Balderas, 21, died that night of a single shotgun blast to his chest and armpit area. Deputy medical examiner Bethann Schaber estimated that the shot was fired from a distance of several feet. Balderas was found in a dark vacant lot near Pine Avenue Community Park, which is across the street from Chase Field. “He was just killed by friendly fire,” prosecutor Geoff Allard told the court.

The prosecutor showed photos of a large Hispanic man on his back in a dirt lot amid a smattering of weeds. Evidence markers showed where two spent shotgun shells were found near the body. A cell phone and car keys were found on the deceased man, according to Carlsbad police detective Bryan Hargett.

A Carlsbad native, Hargett was a ten-year veteran of the city’s police department and a gang specialist. He said Varrio Carlsbad Locos is a traditional, turf-oriented gang, and it has about 150 members.

A 28-gauge Iver Johnson single-shot shotgun was recovered from a crawl space in Javier Lopez’s home, along with 20 rounds of ammunition. In the same home, police recovered bloodstained clothing and shoes that had been bleached, Hargett said. The bloodied items were found in a washing machine.

When asked where he got the shotgun, Javier Lopez first told a “bogus” and “ridiculous” story about wrestling the shotgun away from the Carlsbad gang, according to Allard. Javier also told investigators he wrestled away the 20 rounds of shotgun ammunition.

Javier was booked into Vista jail on April 5, 2009. Barraza was taken into custody the next day.

The prosecutor believed it was Javier who mistakenly killed Balderas with a shotgun blast, according to statements in court documents. The prosecutor also alleged this foursome of Encinitas gang members was armed with at least one handgun and one shotgun that night.

All three suspects — Victor Lopez, Javier Lopez, and Jose Barraza — were charged with murder, attempted murder, and conspiracy, and each was held in lieu of $5 million bail.

Judge Weber ordered Jose Barraza and Javier Lopez to stand trial for murder, but on the day set for trial, December 1, 2010, both men pleaded guilty to voluntary manslaughter.

Jose Barraza has at least two prior felony convictions for stealing cars listed in court records, starting in 2001, when he would have been 18 years old. Barraza pleaded guilty to voluntary manslaughter and admitted the gang and felon-in-possession-of-firearm allegations and was sentenced to 24 years in prison. He is 28 years old.

Javier Lopez had a prior felony conviction in 2008 for car burglary. He was out on probation for that offense when he participated in the gang shooting. In the plea deal, Javier Lopez pleaded guilty to voluntary manslaughter and admitted two special allegations: gang criminal and felon in possession of a firearm. He was sentenced to 31 years in prison. He is 21 years old now.

Victor Lopez is now 23. Victor said his prior convictions included a grand theft robbery in 2005 when he was a juvenile, a misdemeanor weapons offense in 2007, and a burglary conviction for which he went to prison in 2008. Victor was out on parole for the burglary conviction when he volunteered his mother’s car for the botched raid into Carlsbad. On March 9, he was sentenced to 13 years in prison.

[edited]...you gotta love mom coming to the rescue. She should be deported also.