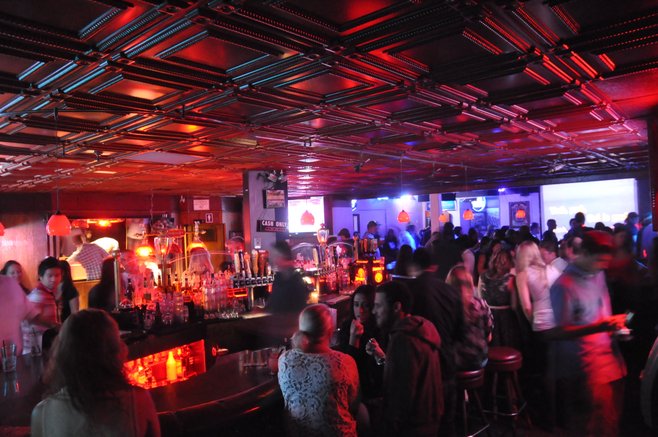 The Lamplighter feels like it’s been around forever. Its heady booze stink and retro aesthetic attest to a tradition of transgression, which often seizes the unwitting patron like a phantom and invokes all manner of misdeed. I’ve fallen victim to a number of unreasonable urges at the Lamplighter, the least of which includes telling elaborate lies to strangers for no good reason and showing up for the 6 a.m. first call pretending to be an airline pilot about to fly out of Lindbergh Field.

But innocuous fibbery isn’t the only garbage that spews from patrons’ mouths at this Mission Hills landmark. The Lamplighter is known primarily (and perhaps exclusively) for its award-winning karaoke, which has earned the bar “Best Karaoke/Song Selection” in 2001 by Karaoke Star magazine; “Best Karaoke” by AOL City Guide, City’s Best 2005; and “Best Karaoke Bar” in 2003 by the San Diego Reader.

Karaoke runs from 9 p.m. to 1 a.m. daily, but show up early if you want to secure your spot; the bar is often standing-room-only after 9 p.m., and the sign-up sheet fills quickly. If you think you’ve been skipped, tipping the jockey is probably a good idea. The door fee alternates between free and $5, seemingly at random, though the cover is well worth the botched Ace of Bass throwbacks, Kid Rock quagmires, Sinatra conquests, and Grease glories.

The dive is nondescript, dark, inexpensive, and suffers from an ongoing identity crisis that invites equal parts frat dudes, downtown divas, thugs, nativist military kids from the Midwest, tourists, Hillcrestians, and good ole boys like ourselves. The guy out front on guitar is just as much of a staple of the Lamplighter as the surly bartenders and drunken ensemble dropouts onstage. Toss him a buck and ask for “Crazy Train.”

Of course, the best part of the bar is its proximity to MXN, where patrons congregate for burritos after closing time and, on a good night, erupt into song with the jukebox. I once witnessed the entire place in an enraptured rendition of “Bohemian Rhapsody,” complete with burrito microphones and salsa-red grins.