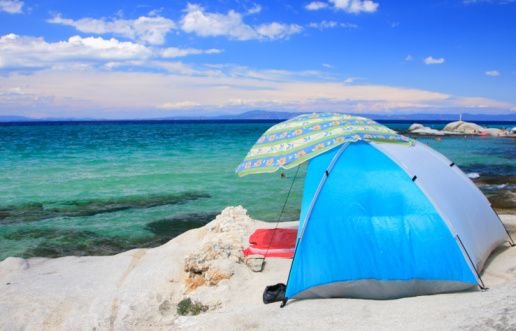 Recently a close friend and I embarked on a two-week road trip that took us from San Diego to Cabo San Lucas, the tip of Baja California, Mexico.

We’d been discussing such a trip for weeks on end. We fantasized about the uncrowded waves we would score and delicious seafood we would eat in abundance. The two of us recounted several stories from past trips we had taken in Mexico and about how great those experiences had been. Stories about friendly, laid-back locals, fun, uncrowded surf, and hanging out on the beach sipping on cold cervezas.

Despite all the good times we’d had in the past visiting Baja, we were still quite apprehensive to take such a trip and visit our infamous neighbors to the south. After all, living in San Diego, there’s no shortage of horror stories about what happens in Mexico: everything from tales of bribery and drugs being planted on tourists to stories about decapitations and how children's freshly killed carcasses are used to smuggle drugs across the border.

These days the stories are predominantly linked to the recent activity with the drug cartels. You read these stories and hear them on the local news, but mostly you hear seemingly exaggerated accounts of what goes on – through acquaintances, whose sources are unknown. Regardless of your level of skepticism, it’s difficult to not feel a little "sketched out" when thinking about traveling across the border these days.

So after serious consideration on driving into Baja, which neither of us had done in at least four years, I began to do some research. Mostly reading articles and threads on online forums. What I found out did not surprise me; however, it did enlighten the subject. Here are a few key points that I found reassuring:

First, the majority of cartel-related crime takes place in the border cities. This meant as soon as we were out of T.J we would be fine.

Second, among those crimes, those involved almost always were either members of the cartels or government officials or family members of either. Good for us we don’t fall into any of those groups.

Third, and probably the most astonishing (or not), is that the American media over-dramatizes what’s taking place in Mexico. The stretching of facts and the lack of journalistic integrity do not portray an accurate picture of the situation there. Furthermore, both the L.A Times and the Union-Tribune are notorious for re-printing old stories and embellishing the truth about cartel-related news. Presumably their reason could be competition over tourist dollars – cause if they're not spending that money in Mexico, they're spending it here.

So after much thought we decided to go for it. We loaded up my buddy’s old Volkswagen Vanagon with surfboards and camping supplies. We bought our Mexican insurance and picked up our recommended tourist visas.

The trip was nothing short of awesome – aside from some pretty brutal "topes" and the starter dying in the van, we encountered no problems. We did not even have to bribe any cops. I can honestly say I felt totally safe the whole trip. Our van was searched several times (pretty much at every checkpoint). This is simply protocol, as the government is actually trying to do something about the cartels. The federales were kind, happy people to deal with and it was actually a nice break to get out, stretch your legs and talk to someone else.

The roads were not perfect but really not bad at all. They’re currently being upgraded to a four-lane system. Completion is expected sometime in 2013, and the progress can be seen best between La Paz and Todos Santos – that highway is as good as anything in the states.

We had a great trip and did exactly what we planned. We surfed uncrowded waves, ate plenty of amazing seafood, and of course drank a few cervezas. We were happy to spend our tourist dollars in a well-deserving place. Businesses are struggling down there; where most of them depend on tourists, this was sad to see.

Mexico is not the horrible place the media makes it out to be. Travel there is still safe regardless of the current "threat level color."

But this article isn’t about how you should go to Baja and spend a little time and money – even though you should. The point is that anywhere you go in the world, whether it be Mexico, Paris or just down the street, you should always keep your head on a swivel, always be mindful of possible dangers. And second, learn to think critically – don’t always take someone else's word as the end-all truth.

Go out and find your own truth!

Thank you Brandon, for a thoughtful and acurate depiction of Baja, Mexico. I live here in Baja and also believe that the news media in CA seem to have an agenda with their constant negative coverage of Mexico. I feel safer here than in CA. I travel in Baja without unrealistic worry all the time, by my self! And I'm a sixtyish woman too! The sad truth is that the negative news affects a lot of hard working honest people. Ensenada is one of the safest cities in Mexico, with so many wonderful things to do, that we have trouble fitting them all in. I hope some of your readers will give the real Mexico a chance. They won't be disappointed.

So glad you had a great trip, Brandon. We too live in Baja and have been appalled at the sensationalized reporting in the media. If there is a killing, it is splashed on the front page (to sell papers!) Then a few days later, the truth will come out that the victim was involved in a drug deal gone bad, but that story is buried on the back page. The damage that has been done to the people and to the economy of Baja is sad to see.

Baja is a big place and it is only in certain areas of Tijuana area that you need to be extra careful. But, even there, as you pointed out, unless you are looking for drugs or a fight... you're probably safer than many areas in the States. Using common sense goes a long way: there are places in San Diego that I would not go to after dark just as there are areas in Tijuana I wouldn't go to after dark!

Hopefully, your article will help others to see beyond all the media hype and they too will discover that the Baja we all knew and loved still exists.

GOOD STORY, BRANDON.....I CAME UP BEHIND YOU GUYS JUST NORTH OF SAN QUINTIN ON APR 29TH AND SNAPPED A PIC OF YOUR VAN LOADED WITH BOARDS ON TOP.....HAD AN INSTANT FLASHED. I HAD TO RUB MY EYES.....EMAILED THE PIC TO MY FELLOW SURF AMIGOS AND TITLED IT ...SUDDENLY ITS 1968....

WE USED TO SURF THE BAJA WHEN THE ROAD ENDED IN ENSENADA...BACK IN THE DAY....STOPPED AT THE OLD TJ BULLRING ON SUNDAYS GOING HOME AND ....CHEERED FOR THE BULL......HA.....

MEX 1 IS THE MOST DANGEROUS ASPECT OF BAJA....HI TECH DRIVING AND ALWAYS ALERT....I WAS RETURNED TO ENSY FROM A MONTH IN CABO....NO CLOSE CALLS FORTUNATELY.... I PASSED YOU AND FLASHED THE SHAKA SIGN...DONT KNOW IF YOU REMEMBER....GOOD TRIP AND GOOD STORY.....THANX FOR SHARING.... HUGO

Glad to see some positive news about Mexico given that the U.S. news media seems to only focus on negative and forgets that the U.S. has more crime and murders but that does not sell news as people in the U.S. have become desensitized to crime. I also have been living in Tijuana in a regular neighborhood for 7 months and feel as safe here as any of the cities I've lived including Los Angeles, San Francisco, Sacramento, Houston, Dallas, Portland, Memphis. And I have no interest in returning to live in the increasing materialistic society that the U.S. has become with continuing income disparity. More Americans are realizing that the continual decline of the U.S. economy will create the prospect of becoming homeless so many Americans continue to emigrate south of the border despite the negative U.S. news.

Thanks for the confirmation, I have been wanting to go to San Felipe for the last 3 years but have been told that it is too dangerous for Americans to go these days. I have missed the fish tacos and the sunshine! I used to drive down with my kids in the car and being a single mother I was always treated with respect and kindness, it is nice to know that it is safe for the average person to travel again in Baja