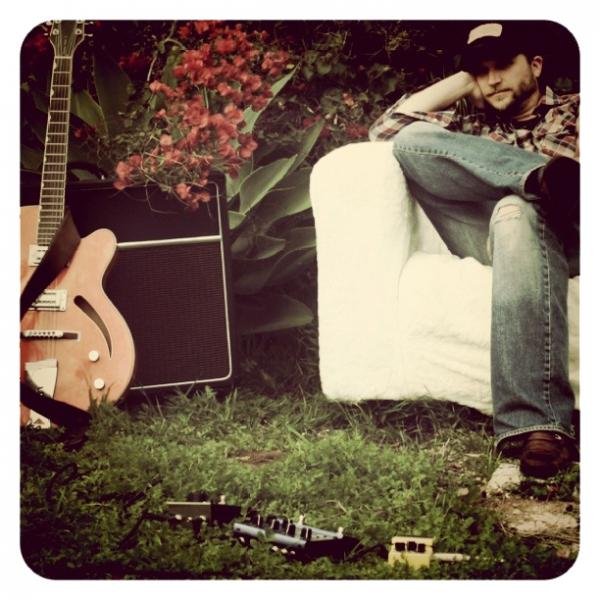 “I’m an East Coaster,” says Pennsylvania native Michael McGraw at the Alibi in Hillcrest. “I have a little moodiness and I’ve come to embrace it. The music we’re making now is true to that.”

McGraw moved to San Diego in the summer of 1999 to pursue a music career, but it wasn’t until 2008 that he started playing out with his current line-up of Chris Decatur (drums/vox) and Mark Lane (bass). Alternately reminiscent of Cat Stevens, Ryan Adams, the Wallflowers, Elliott Smith, and the more driving aspects of Belle and Sebastian, the trio released their Hillside EP in 2009 followed, by the recent You Don’t Know Nothin’ and That’s What Makes It Alright EP.

“I feel like this album really is the start of making music that really sounds like who I am as a person,” McGraw says. The five-song EP, released digitally this May, was mastered by Mike Kamoo at Earthling Studios. The cover depicts McGraw’s dog, the inspiration for the album’s title.

“I have a Brit-rock background, so everything has a lot of fuzzy guitar,” says McGraw, a Time Warner illustrator who also makes show posters for bands. “I tend to find a universal theme for each song. Nothing too blatant. I take a very Rolling Stones approach to songwriting, which is phonetic rather than going in with a preconceived theme. People have always told me my songs are very authentic, like U2, which isn’t intentional. I try to write very straight songs. I don’t try to reinvent the wheel. If I take the songs we play now and make them acoustic. It sounds Americana.”

McGraw plans to tour this fall after getting married and hopes to have another EP out in time for the road.

“My 20s were all about questioning what it all means,” McGraw says. “Now in my 30s, I realize I don’t have to have all the answers.”