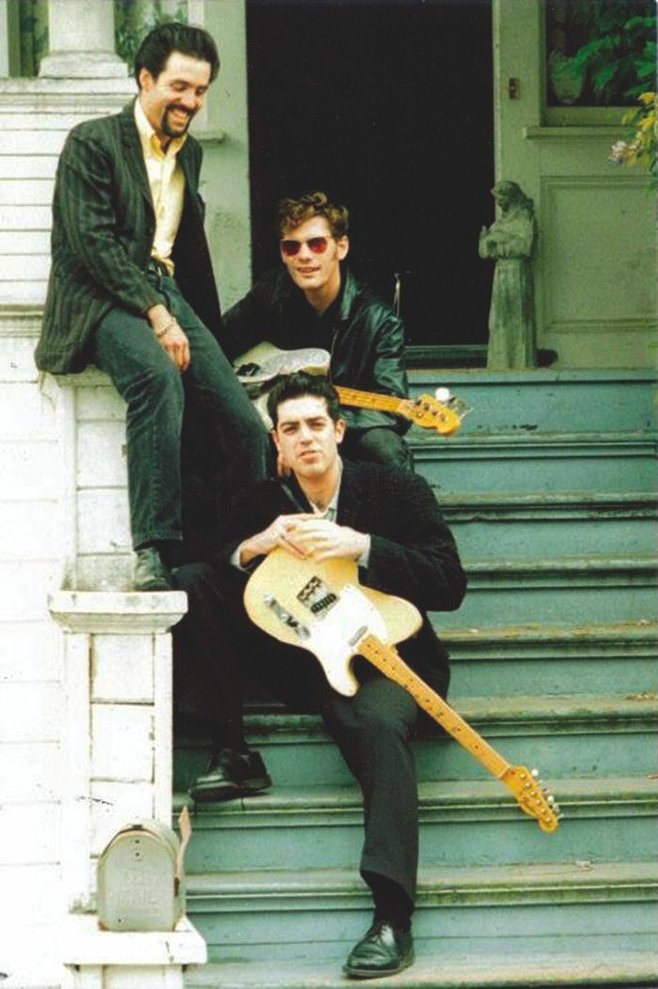 The Nashville Ramblers Never Broke Up

“In 1986, ‘Trains’ and one other Ramblers song appeared on an obscure U.K.-only compilation, but few people noticed,” says Mike Stax, whose Ugly Things Records is releasing the tune on vinyl this month. “Many discovered the song for the first time in 2005, when it was included on Rhino’s Children of Nuggets box set, but it’s never had a proper release before. The [Ugly Things] release is an attempt to rectify that.”

The Nashville Ramblers — Carl Rusk (vocals/guitar), Tom Ward (bass/vocals), and Ron Silva (drums/vocals) — are known from local garage bands such as the Crawdaddys, the Gravedigger Five, and Mystery Machine.

“I think there are many people outside of San Diego that know and love [the Ramblers],” says Rusk, who moved to New York City in 1986. “We played a festival in the south of Spain a few years ago, and there were about a thousand people there singing along. It was surprising. And disturbing, actually.”

The trio performs as the Nashville Ramblers once or twice a year. Their last San Diego gig was this past February at the Tower Bar. They will regroup this month for a January 21 release party at the Til-Two Club on El Cajon Boulevard. The band is currently compiling the Nashville Ramblers Story CD, which Rusk says “will include pretty much every recording that exists so far.”

“The thing about the Ramblers is that it is very much a living thing,” says Rusk. “We never broke up.”

The ‘60s-style recording was achieved utilizing a vacuum tube three-track Ampex 300, with an echo chamber driven by a tube mono one-track deck.

Carl Rusk currently lives in New York, while Silva is based near SF and Ward recently took up residence again in San Diego.