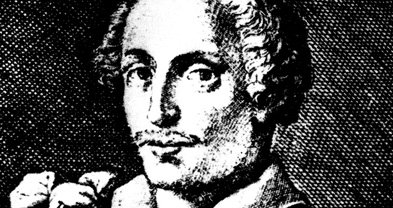 Assault on a Galleon

“Who,” Wagner stormed, “hears anything at all about Sebastián Vizcaino?”

Twenty miles northeast of the rocky headland at Cabo San Lucas, sheltered from the northwest wind at Aguada Sedgura, two British ships lay in wait. Their prey: Manila galleons returning from the Philippines bloated to the gunwales with gold, Persian rugs, silks, jewelry, barrels of wine. Bales and bundles of cargo left no room for artillery on the ships’ double decks. Plus, by the time they reached the eastern Pacific Coast — often six months after leaving Manila — most of the half-starved passengers had scurvy. Many died. In effect, a Manila galleon was a 700-plus-ton sitting duck.

Cavendish, 27, left Plymouth, England, with three ships in July 1586 — the 120-ton flagship Desire; Content (60 tons); and Hugh Gallant (a 40-ton bark) — and 123 men. Born a gentleman in 1560 (he was four years older than Shakespeare), Cavendish squandered his inheritance. To recoup losses, he mortgaged his estate and went to sea. He set sail with the queen’s blessing and a charge: as a “privateer,” he should plunder at will and gather information about ocean currents and Spanish ports. In effect, privateers were crown-sanctioned pirates. To non-English-speaking peoples, they were the “enemies of all mankind.”

The small flotilla rounded the Strait of Magellan on March 6 and hugged the Pacific coastline. They raided small ports in Chile and Peru. Off Ecuador, Cavendish scuttled the Hugh Gallant “for want of men.” Illness and skirmishes had reduced his crew to fewer than 100.

At the defenseless port of Huatulco, population around 100, Cavendish and 30 men rowed a pinnace ashore. When curious townspeople approached them on the beach, 30 British muskets popped smoke. Many fell. Others fled inland. As he had done in Chile, Peru, and Ecuador, Cavendish ordered his men to steal everything of value except cloth, which took up too much space. They smashed icons and shredded tapestries in the “heathen” Catholic Church and set fire to brush and wattle huts. The next day his men torched the countryside for miles around.

The only object that wouldn’t ignite was a large wooden cross at Santa Cruz Bay. When his pirates couldn’t shoulder it down, they hacked the hardwood with axes and saws. The cross stood tall.

Not wanting the debacle read as a sign — in an age where practically everything could have a larger meaning — Cavendish ordered his men to loop the Content’s thick mooring ropes around the cross. Then with sails unfurled and an offshore breeze, they tried to yank it from the ground. But the cross still wouldn’t budge. It became renowned as “Santa Cruz de Huatulco,” the “Holy Cross of Huatulco.”

Cavendish pillaged other small towns on his way up the coast but skipped the port at Acapulco. Even though it had no fort until 1617, the town’s four cannons steered Cavendish clear.

In 1587, cartographers still believed California was an island. The Earth had become officially “round” only 95 years earlier. And many believed that the hemispheres must be symmetrical: the northern having the same shape as the southern. Thus a Northwest Passage, similar to the Strait of Magellan, would link the Pacific and Atlantic oceans. Sir Francis Drake, the second explorer to circumnavigate the globe (Cavendish was the third), went in search of the Strait of Anian, the “western entrance,” in 1579. Rumors claimed he’d found it.

Aguada Segura (“safe watering place”), where Cavendish anchored Desire and Content, was the southern tip of the Island of California. He could take on fresh water from a flowing river and lie in wait for the dot on the horizon that heralded untold treasure.

Cavendish came on deck and, writes Francis Pretty, watched a large ship “bearing in from the sea with the cape.” Square-rigged and “big-bellied,” the ship showed the high fore- and stern-castles of a galleon. Cavendish ordered his men to prepare for battle, then went belowdecks and donned a full suit of armor.

The ship was the Santa Ana. Almost brand new — it had made one previous trip across the Pacific — the unwieldy galleon had no escort or armament, except for two arquebuses — long barreled, portable guns on a stand — and some rusty flintlocks.

Commanded by Tomás de Alzola, Santa Ana encountered typhoons and doldrums. A sister galleon making the voyage, the Buena Esperanza, took a higher, swifter latitude. Protected by fog all down the Baja peninsula, she reached Acapulco ahead of schedule.

The Santa Ana sailed from the Philippines with 300 crew and passengers. After four and a half months, only 190 remained. The tally didn’t include 60 “Indio and negro” slaves, branded like cattle. At least 50 people died of scurvy. Since stacks of cargo had usurped space for the food supply, all were undernourished, and, since cargo also trumped sanitation, unwashed.

The Santa Ana was relatively new, but the pilot, Sebastián Rodriguez Cermeno, was savvy. In 1595, storms wrecked his galleon, the San Augustin, around Drake’s Bay. From the wreckage his crew built a small boat and sailed 2000 miles down to Navidad.

As the Santa Ana rounded Cabo San Lucas, a lookout saw two sails eight leagues to the east. Alzola, unconcerned, assumed they were either Spanish pearlers or the Buena Esperanza. But sharp-eyed Cermeno detected red-and-white British standards snapping in the wind.

Alzola ordered his crew to cover the cargo decks with canvas and camouflage netting, and convert bales and bundles into protective barriers. Officers distributed swords, muskets, and lances. Several men loaded stones from the ballast into giant net sacks, and raised them above the second deck. When rocks slipped out, those few passengers well enough to fight grabbed them for weapons.

For three hours, tacking hard to keep a favorable wind, the Desire chased the Santa Ana. At close range, Cavendish raised his hand, a signal for bugles and horns to blare. The hand came down, and six cannons blasted the galleon at the waterline. As the Desire came alongside, its sailors roaring threats and curses, English muskets opened fire.

No one on the Santa Ana responded. No one was even visible. “Because we did not answer in any way,” recalled Antonio de Sierra, a sailor on the galleon, the general ordered his men to board “and see what there was.”

When boarding an enemy ship, pirates used “jack tricks” — swift feints and slashing thrusts — to disable opponents quickly. But when 40 pirates leapt from the upper deck of the Desire to the bulwarks of the Santa Ana, ropes released the sacks of rocks. “An innumerable sort of great stones,” writes Pretty, thundered down “upon our heads [and] being so many of them, they put us off the ship.” Cavendish’s men withdrew; some dove into the sea “to escape the wrath of the defenders.”

Cavendish veered his ship toward the galleon’s bow. As muskets fired when ready, the Desire rammed the Santa Ana “with such great force,” wrote De Sierra, it rocked the beams. Six sailors fell to their deaths. Pirates grappled and boarded again. One climbed the mainmast. He cut down the mainsail and many lines before arquebus volleys yanked him from aloft.

Combat became hand-to-hand. Possibly because the decks had so little room, the pirates couldn’t swarm their opponents, who once again drove them off.

As the Desire withdrew, captain Miguel Sanchez — the tortured prisoner and now Cavendish’s ally — shouted from the foredeck: “Demons, why are you acting as the devil’s own? Why do you not ask for mercy now” instead of later, when you will receive none?

For the next three hours, cannons bombarded the Santa Ana.

As seawater spilled through widening holes, and as he realized almost everyone on board was wounded, Alzola lowered the ship’s colors and sent a rowboat to the Desire with a flag of truce.

Cavendish replied: surrender; strike all sails still aloft; hand over the cargo manifest and the keys to every chest on board. Do, and harm will come to no one (within days, he broke his promise: he ordered Father Juan de Almendrales hanged from the mizzen arm, most likely because he was a “heathen” Catholic).

As the crew and passengers came ashore, Cavendish had each stripped of personal possessions, including four women, “without leaving them a single pin.” He gave the prisoners dried beans and wine, and broken masts and sails for tents. Then he ordered the Santa Ana towed into the bay. He kept the “Indios and negros” on board to stuff the holes with leather and pump out water.

The next day, writes Alzola, the prisoners watched their chests and bundles opened “with axes to see if they contained gold,” then hurled overboard. The British committed “destruction and inhumanities never before seen [even from] infidel Lutherans.”

There was so much treasure, the looters had to avoid bulky items like furniture and chinaware (even silver, because it was so heavy, was a nuisance), and take only gold, pearls, silk, brocade, damask, and musk. After five days, the Desire and Content sagged with treasure. Cavendish ordered the remaining cargo thrown overboard, tons and tons (500, by Pretty’s estimate, though most galleons only held 300), including the mail chest. Then he set the Santa Ana on fire. Whatever the total cost, it was the greatest theft from a galleon in the 200 years of Manila-Acapulco trade.

Cavendish signed the Santa Ana’s registry and gave it to Alzola, writes W. Michael Mathes, “as a receipt.”

Although they took no part in the battle, the sailors of the Content demanded a share of the spoils. Cavendish squelched a mutiny by promising his crew would receive one-third (to his two-thirds). As the Santa Ana burned behind them, the Desire and the Content sailed out of the bay. Taking a more northerly direction, the Content fell behind. It was never heard from again. Though probably “eaten by the sea,” as the old saying went, some speculate that, to squelch future uprisings, Cavendish sabotaged the ship.

The Santa Ana burned for four days. When flames severed the anchor cable, the galleon drifted to shore: no masts, no stays, only a smoldering, charcoal-blasted hull, listing leeward on the incoming tide.

Eight men swam out and beached the remains. One of them, a Basque merchant who fought bravely, was Sebastián Vizcaino. The 39-year-old former soldier had lived in Manila for three years and lost a fortune to the privateers.

Vizcaino and Cermeno (who rebuilt the San Augustin at Drake’s Bay) cleared out the ship’s keel and sealed the leaks. They rigged masts and sails, fashioned a rudder, and somehow navigated swirling gulf waters to Acapulco, where, wrote Alzola, “God willed to bring them.”

“Loss of the great treasure of the Santa Ana, writes Mathes, “brought about a more desperate need…for an intermediate port for repair of [galleons] and crews. But the question remained as to where such a port should be located.”

Several years later an official expedition, led by Sebastián Vizcaino, set out with three ships to find one. ■

Next: Assault the Place of Peace

Alzola, Thomas, “Declaration made by Thomas de Alzola,” in Mathes, The Capture of the Santa Ana, Cabo San Lucas 1587.

De Sierra, Antonio, “Declaration made in Guadalajara, January, 1588,” in Mathes, The Capture of the Santa Ana, Cabo San Lucas 1587.