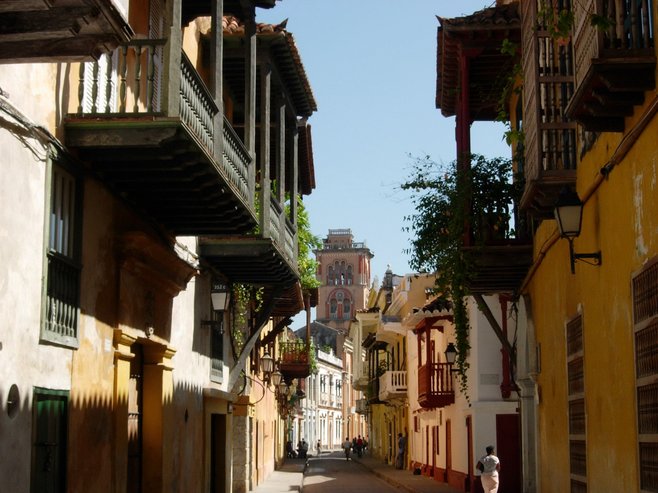 You remember her: that romance novelist in the classic film Romancing the Stone with Michael Douglas. Her sister had been kidnapped in Colombia and was awaiting rescue in Cartagena.

Perhaps due to the real-life cocaine trade running rampant and general security issues, the movie was not actually filmed here. But it should have been.

Situated on a Caribbean bay, the charming city’s port, fortresses and group of monuments are deemed a UNESCO World Heritage Site. Inside the fortresses’ stone walls is a beautifully restored “old town” with colorful colonial houses and intimate, narrow walking streets.

(Other) Things to Do. Tour the old town in a horse-drawn cart. Organize scuba diving adventures with Dolphin Dive School. Catch an open-air night bus ride with music, drinks and fun: cartagenainfo.net.

Eats. Buy lots of fruit from the street markets. Grab a mojito at Hotel Santa Clara (sofitel.com). Then walk a block further to eat at Café del Santisimo (known for superb food at moderate prices).

How to Get There. From Cartagena Airport to the old town, take a taxi for approximately 7,200 Colombian pesos ($4). Be aware: taxi drivers continuously try to overcharge tourists.