Since their first release in 2006 (Cover Your Tracks), Writer has continued to evolve. Having always featured lush, soft, slow-tempo tracks, their last EP (Don’t Wake the Sun, seven-inch vinyl) departed into girthier rock chords and featured Kelli Noflte’s vocals. I was sad to see Noflte wasn’t added to the regular lineup because she brought a soul-stinging quality to the B side of Don’t Wake the Sun — a quality now missing.

While Writer has flirted with a further-out indie sound since their early days, Blood Drops embraces a new, quirkier quality reminiscent of the Flaming Lips by chiming in with small percussive elements (a triangle, maybe?) and taking the rhythm over with a synthesized bass line. 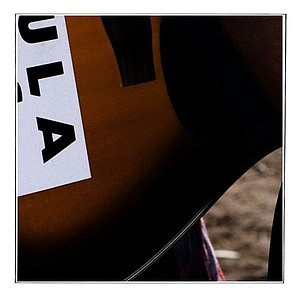 Andy Ralph’s voice still reaches for loftier heights (heights, perhaps, where it’s not meant to be), but what he portrayed in 2006 as weepy and, unfortunately, emo, now translates into eccentric rock, similar to San Diego underground legends Optiganally Yours.

I was pleased to hear the inclusion of my favorite Writer song, “Don’t Wake the Sun,” on this latest mini-LP.