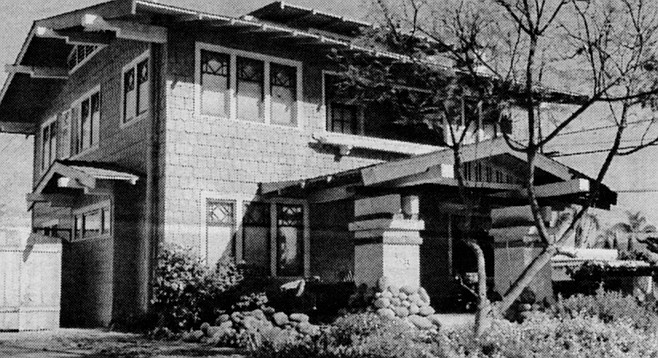 Those of us who have lived in bungalows know their singular charm. We don’t wonder why love songs have been written about them. The word “bungalow” itself has charm. Hindu in origin (bangla means “house”), it is now used to describe any dwelling with verandas covered by low, wide eaves. 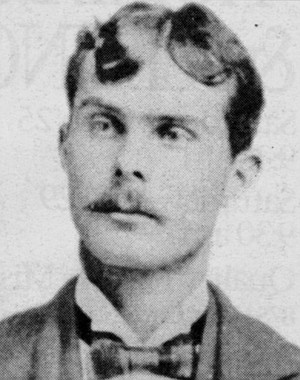 David Owen Dryden was 34 years old when he came here in 1911 from Monrovia, California.

But there is a special look to the early 20th-century bungalows built in San Diego by a gifted eccentric, David Owen Dryden.

“Dryden’s bungalows have an Oriental flare,” says Don Covington, a local architectural historian and former professor of art at San Diego State University who has studied the man and his houses. “There is the look of Japanese architecture about them, with their exposed wooden-frame structure.” 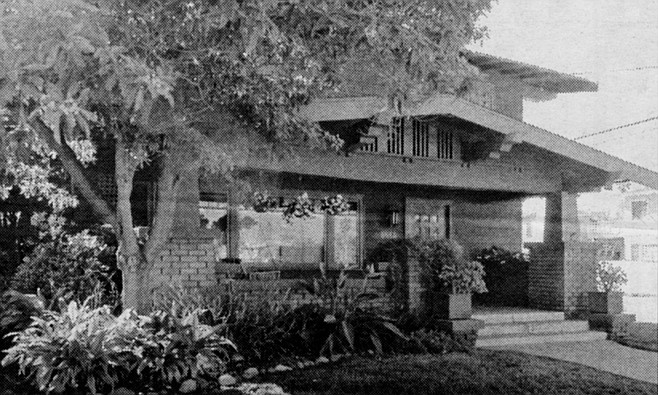 Dryden was 34 years old when he came here in 1911 from Monrovia, California, where he had been apprenticed. By then, builders in Los Angeles County were already part of the Arts and Crafts movement that had jettisoned Victorian style and reinvented pre-industrial era aesthetics. Bungalows were part of that revival. 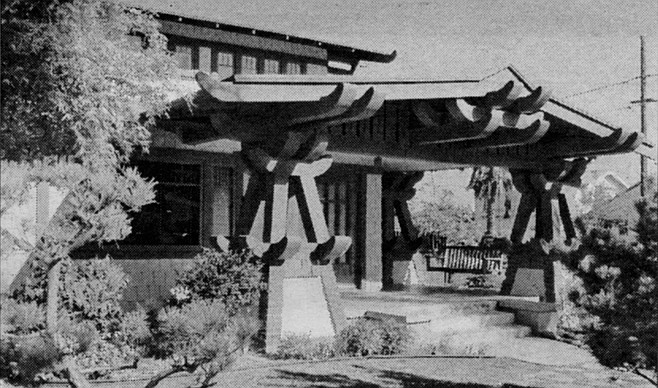 The Greene brothers, Charles and Henry, were the most famous Southern California bungalow builders. They embraced what is known as the Craftsman style of architecture. Covington credits Dryden with bringing that style here and making it his own. 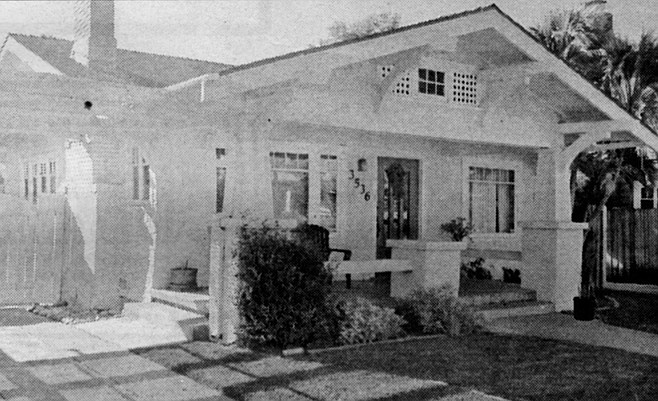 3553 28th Street. The greatest number of extant Dryden houses are in North Park, between 28th Street and Pershing. Covington counts 18 of them in a four-block area.

The difference between a Victorian house and a bungalow is the difference between a wedding cake and a loaf of whole-wheat bread. Even a basic bungalow would have seemed radical to San Diegans of Dryden’s day. His sloping roof lines, deep eaves, and heavy beams that supported those eaves must have struck them as that much more revolutionary.

Dryden houses went up citywide, especially in Mission Hills, Loma Portal, University Heights, and North Park. Their first owners were professional people. “Doctors and dentists, in particular, or retired industrialists from Eastern cities,” says Covington. “And most were fairly wealthy.” They needed to be, since Dryden houses were relatively expensive. “Usually $3500 to $4000 to build, they sold for double that amount. It was high for the period, when many other houses were selling for $2500 to $3000.”

The quality of the materials and attention to detail — outside and inside — account for the price. Covington lists these characteristics: “A lot of art-glass windows. Woodwork done with very fine wood. Built-in cabinetry. Ceiling and wall details.” All of it requires a kind of craftsmanship beyond run-of-the-mill.

“This wasn’t just building,” Covington avers. “Dryden was creating works of art. I think houses of that period are like little works of art.” Not fine art, but folk art. “I think of Dryden as a folk artist.”

The greatest number of extant Dryden houses are in North Park, between 28th Street and Pershing. Covington counts 18 of them in a four-block area. He and his wife live in one at 3446 28th Street, on the comer of 28th and Myrtle. Dryden himself once lived in a house a block away. “In San Diego he lived in many different places, but he stayed there the longest. It’s a pretty little shingled bungalow.”

In 1925, Dryden left San Diego for San Francisco and began building in the Spanish Revival style — “all stucco, arches, towers, and colorful tile,” Covington says. “It was a style gaining popularity in the 1920s, a style he started developing here, and it was his last style. He was out of the building business by the 1930s. That was the Depression.”

Dryden was born in Northern California. But as a child, he moved to Oregon, where he grew up. “And that’s where he really learned house building, where it was all that woodsy kind of look.” Covington has been to Oregon to interview Dryden family members for a book-in-progress. “I visited his granddaughter and daughter-in-law, who live in Klamath Falls. I saw his grave, the whole works.” He describes Dryden, who died in 1946, as “flamboyant, quixotic,” and “a personality who ranged from high to low.” He says, “He loved the ocean and owned some fancy automobiles, and loved to drive on the beach. You know, there weren’t a lot of roads in those days, anyway.” He also describes this scene: “His family said he made and lost three fortunes in his lifetime. He spent wildly. He paid for things out of his pocket rather than having accounts. He was very loose with his money. He just threw it away. And some relatives say he literally threw it away. He would go out to the cliffs, like Sunset Cliffs, and throw money out to the water.”

On Saturday, the Save Our Heritage Organisation will sponsor Covington’s lecture on Dryden — part of a weekend-long celebration of Arts and Crafts style by the historic preservationists. On Sunday, Covington’s home will be on SOHO’s six-house tour, three of which are bungalows built by Dryden. One of them, unmistakably, resembles a pagoda, although the inscrutable Dryden never saw the Far East. SOHO simply calls it “aeroplane Japonesque.”