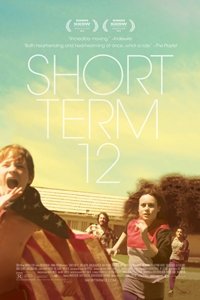 The blind may not be so hot at leading the blind, but the damaged may be in a unique position to repair the damaged in writer-director Destin Cretton's feature-length adaptation of his Sundance short. This version tells the story of Grace, a young woman (Brie Larson) working in a short-term foster-care facility. Grace is having dual familial crises, and her issues are mirrored in the kids under her care. One is terrified at the prospect of aging out of the under-18 facility — moving on, moving forward, making a life. Another is terrified of confronting the past (which, as Faulkner noted, isn't dead, or even past). Perhaps the film's strongest point is how it gets the emotional atmosphere of the place. It's nearly impossible to establish community among a group of messed-up, semi-institutionalized strangers who know they're bound for moving on — and yet it's also essential. Cretton lets his teens be teens and mostly keeps the dialogue from veering into the speechy or sentimental — a neat trick on such an emotional ride. 2013.