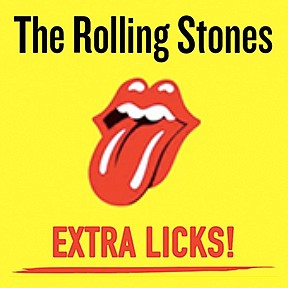 The Rolling Stones kicked off their Extra Licks streaming series Sunday with the bonus footage from their 2017 concert film/documentary Olé Olé Olé! (A Trip Across Latin America), with seven performances from that 2016 South American tour making their digital debut.

The performances — “Out of Control” and “Paint It Black” from Buenos Aires, Argentina, “Honky Tonk Women” and “Sympathy for the Devil” from Sao Paulo, Brazil and “You Got the Silver,” “Midnight Rambler” and “Miss You” from Lima, Peru — were previously only available as DVD extras on the Olé Olé Olé! home release.

Each “Extra Licks” installment over the six-week series is being made available digitally for the first time; A future week’s installment will also focus on the 1994 tour in support of Voodoo Lounge, the band teased.

The Rolling Stones recently dropped their surprise new single “Living in a Ghost Town,” their first original composition since “Doom and Gloom” and “One More Shot” off the 2012 compilation album GRRR!

The socially distanced Stones also appeared together — via video from their respective homes — to perform “You Can’t Always Get What You Want” for the Together at Home COVID-19 relief special.

The weekly streaming event will take place every Sunday for six weeks.