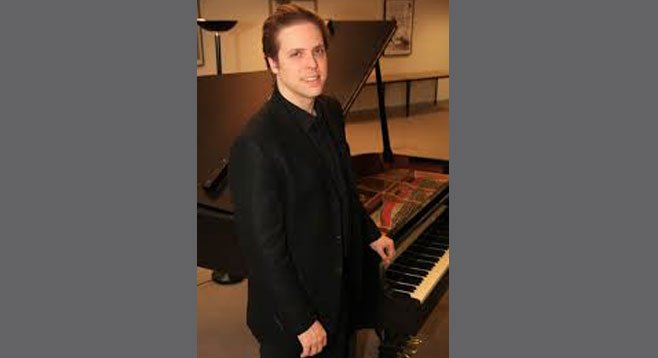 San Diego-born and raised (by an American mother and a Slovak father), Zachary Deak began his musical studies at the age of five as a pre-schooler in Encinitas. At age thirteen, he began his studies at the Ecole Normale de Musique de Paris which awarded him various “diplomes” in 2004 and 2007, culminating in 2011 with the coveted “Diplome Superieure d’execution avec l’unanimite”.

Deak has performed extensively in France as a soloist and in chamber groups, participating in the premieres of contemporary works. In June 2012, he received the Hodgkins silver medal at the prestigious Chappell Medal piano competition in London.

In January 2013, Deak participated in the “Maria Joao Pires Academy” in Paris and performed in a concert at the Cite de la Musique. In July 2013, he graduated from the Royal College of Music in London with a Masters degree in Performance with distinction.