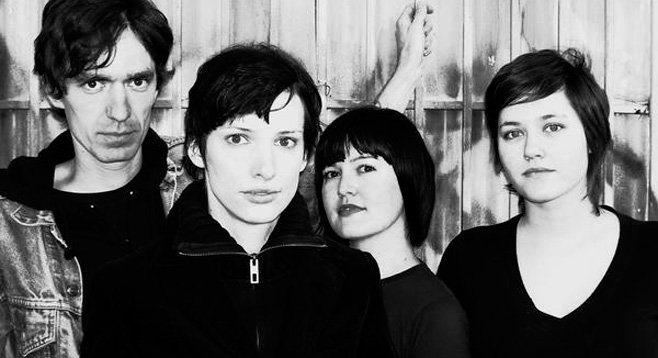 Sound description: Imagine Ramones music being covered by Josie and the Pussycats.

Wild Weekend -- a tribute to local '70s/'80s punk innovators the Zeros -- signed a deal in November 2007 to release two vinyl singles with Spanish indie Munster Records. In the '90s, when the Zeros reunited, the same label released an album and three singles for the Chula Vista rockers.

On November 11, 2007, Wild Weekend actually found themselves performing in the Zeros' stead when the sometime-reunited band was unavailable to play Los Angeles punk club the Masque's 30th-anniversary show. The Plugz, the Eyes, and the Skulls also performed in the legendary venue, which operated for years in the basement of the X-rated Pussycat Theater flagship locale.

Former and future Zero Robert "El Vez" Lopez, who had caught Wild Weekend that summer at North Park'sPink Elephant bar, recommended the band for the recording project and anniversary show. Lopez's endorsement came to the group's attention when the Munster label MySpace'd the band with an offer to release their music.

"We just made these recordings for fun when we first started playing," says singer Maren Parusel, who also performs in Squiddo (with former Zero Hector Peñalosa) and the Baja Bugs ("They're kind of rough").

The Wild Weekend discs include versions of "Don't Push Me Around" with "Wimp" on the flipside, and "Black and White" with "Cosmetic Couple" on the B-side. On the cover art, Wild Weekend struck the same poses as the Zeros did for their releases.

In April 2008, the band released two 7-inch singles (tributes to the Zeros, 'natch), on Spain's Munster Records. Around the same time, they entered the studio with Keith Milgaten from Vision of a Dying World. Later in the year, they recorded with producer Gar Wood of the Nightmarchers.

In late 2008, Wild Weekend was performing mostly originals, though most setlists still included the Zeros' "Black and White" and "Wild Weekend." After playing the South by Southwest music fest in Austin Texas in March, 2009, the band broke up just days after returning to San Diego.

“It was my decision,” says Parusel. “I decided on the Monday after South by Southwest. My heart just wasn’t into it when I was onstage.”

She says she dropped the bomb to her three bandmates (singer-guitarist Kelly Alvarez, bassist Cara Bowman, and drummer Cody Young) over a meeting at a sushi café. “Everyone was kind of shocked.”

The Muffs also once covered a Xeros song. The Zeros themselves were known for offbeat covers, including a B-side featuring the Righteous Brothers tune "Little Latin Lupe Lu" (best known as a Mitch Ryder track).

Not long after the March 2009 breakup of Wild Weekend, guitarist Kelly Alvarez and bassist Cara Bowman recruited drummer Mikey Peterson and got started on their new band, the Ramones-influenced garage-rock band Jungle Fever.