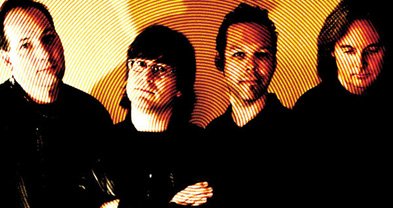 Sound description: Singer/guitarist Sven-Erik Seaholm describes the band's sound as "The Beatles meet Wilco behind Jimmy's Chicken Shack for a good, old-fashoned smackdown. However, T-Rex shows up with P-Funk and their collection of Partridge Family trading cards. This of course comes to the immediate attention of Weezer, who stop to pick up Neil Finn and Bad Company's Paul Rodgers along the way, as well as a case or two of Barq's Diet Root Beer (which has bite, you know). By the time they arrive, Elvis Costello is standing there with a striped shirt and a whistle."

Singer/guitarist Sven-Erik Seaholm heads up the long-lived four-piece band the Wild Truth. "I try to split my duties about 50/50 between them and my own stuff," he says. "With the band, I do the writing and singing, but everyone contributes to what you'd call a 'greater whole.' It's bigger and, in a lot of ways, easier than performing and recording solo."

The Wild Truth went 12 years between records, from 1992's Cryptomnesia to 2005's This Golden Era. "We never broke up," he says. "We just couldn't all get it together in the same place at the same time.

"I did a cover of Elvis Costello's 'Alison' [on Cryptomnesia], a great song, but I massacred it. We used to do it live a lot; it was an audience favorite."

Bassist David Ybarra has played for Playground Slap, the Cloud Merchants, and 44 Double D, as well as produced clients like Meghan LaRoque through his company, the Modern Bakery. Fans of his playing include none other than the late, great Jimmy Smith.

Guitarist Charlie Loach is a local music veteran with a background in both blues and country music.

Drummer Bill Ray is an educator and musical activist who also played with Bunky and spent years in Ike Turner's band.