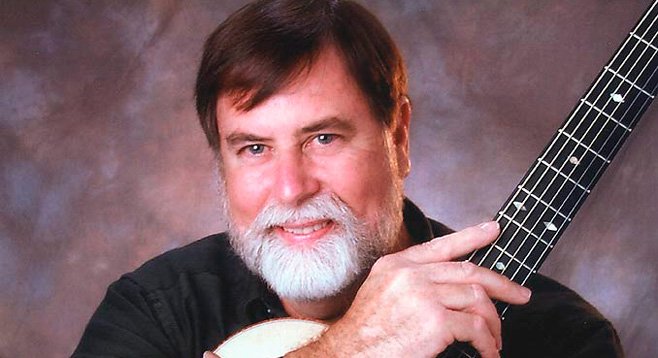 Shelltown (in Southeast San Diego) native Walt Richards has been a member of the Eddystone Singers, with whom he played guitar, banjo, and mandolin. In 1974, Richards opened the New Expression Folk Instrument Study Center at Fairmount and University when his employer, Grayson Music, closed.

He recalls thinking “Gosh, I need a new expression for my business. Also, people come to learn music, and to them it’s a ‘new expression’; they’ve never done it before...We started out as a co-op, with several teachers.”

Over the next 37 years, New Expression’s retail operation developed a following around its discerning selection of acoustic instruments and for its services. Although NE has endured several relocations, along with shifts in business status and name (“House of Strings,” “Acoustic Expressions,” “Old Time Music”), Richards, with a bevy of instructors and roots enthusiasts, has consistently provided bluegrass and acoustic classes and jam sessions. Along with maintaining San Diego’s sole bluegrass resource, Richards originated the acoustic “Slo Jam” gathering in San Carlos.

In February, 2011, New Expressions moved to a new 30th Street home. “The two stories are a pain in the ass, but it’s half the rent we were paying on University Avenue. The studios are roomier — there’s space for lots of groups and classes and for concerts. We’re planning more open houses and performances including students — the one we did in August was very successful. Their families, and neighborhood people, can come have a party and see what the students are doing. It builds community, which is a goal I had in mind many years ago — it was a vision from the beginning. Over the past few years, it’s really come into fruition.”