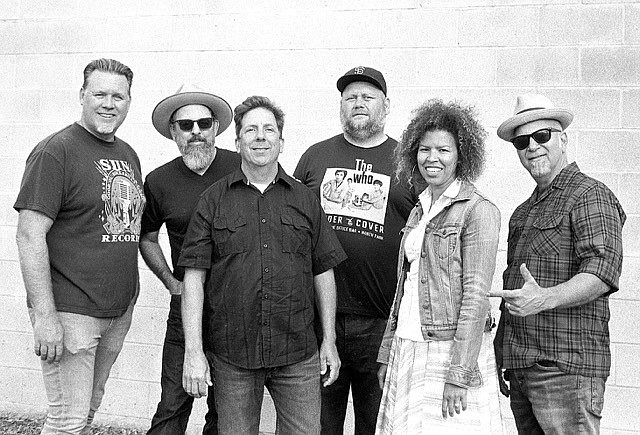 The Tourmalines are fronted by Deven Berryhill, the son of Bob Berryhill, founding member and guitarist of the 60s surf rock group the Surfaris.

The Tourmaline surf canyon is a special place in San Diego nestled between Windansea and Pacific Beach. “Tourmo,” as locals call it, hosts a surf culture that embodies the spirit of Aloha represented by surfing pioneers like Skip Frye, Larry Gordon,, and Skeeter Malcolm. The Tourmaliners (pronounced The Tur - Mo - Leen - ers,) have assembled to resonate the classic sounds and songs enjoyed during the “golden age” of surfing 1959-1964. Whether it’s dancing to rockin’ hits by the Isley Brothers and Chuck Berry or groovin’ to surf instrumentals by Dick Dale and the Ventures, The Tourmaliners aim to provide listeners with a sonic tsunami that will send you surfin’ on the wave of life.

Their debut album Adios Saladita! was released in early 2019.