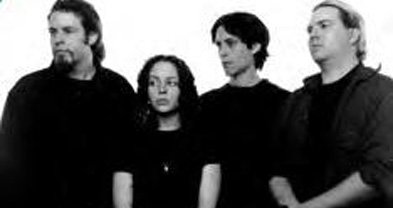 Current Status: On and off.

They were joined by drummer Mario Rubalcaba in 1997, with whom they released the full-length album Songs about Angels, Evil, and Running Around on Fire. The same lineup released To the Innocent in 2000, but Rubalcaba and Soares left the quartet and were replaced by Brent Asbury and Kenseth Thibideau, respectively. They're sometimes joined by keyboardist Cameron Jones.