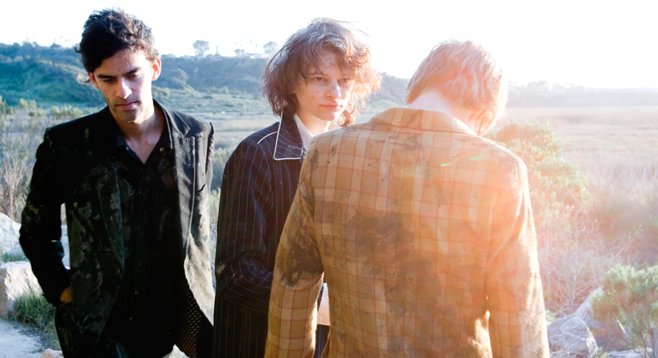 Tan Sister Radio initially featured Sadie, Eye Lid Kid, Dirty Girl, and Mr. Landis. They say they were weened on Paul Westerberg, danced with Dylan, and spent their sleepless teen years staring at their eyelids with Al Green singing them sweetly in love.

Then, they wrote songs for the latter generation, and for nearly half a decade they were forcing Dirty Projectors, Sonic Youth, and the White Stripes into their mold.

The band appears in the locally-shot 2012 film Music High, which had its world premier in Oceanside in August 2012. “We appear in the movie as the backing band for the actor who is singing our music,” says drummer/singer Andrew Ware about his role in fleshing out the movie's fictional band Eight Car Pileup. “It was kind of weird because I don’t usually mime to my own music.”

Ware says he doesn’t play those songs anymore. “We’ve moved on from those songs.” Local band the Fabulous Rudies also provided music for the film, with members appearing in various roles.