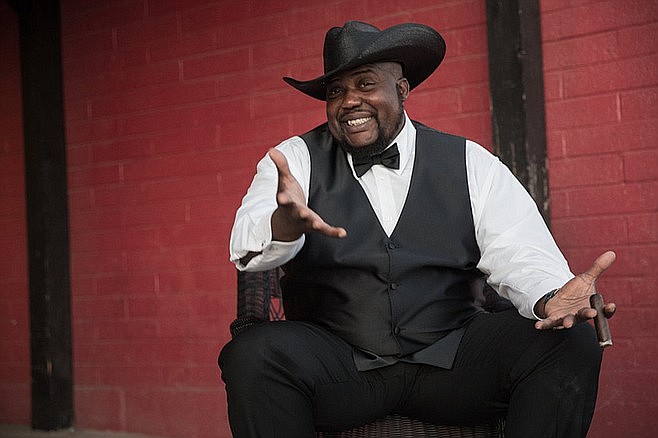 Born in Texas, the Sugaray Rayford has said that by the age of four, he was in church seven days a week, singing in choirs. His progression to the blues was not unusual: gospel, then R&B, then blues. It fit his needs, and it fit his voice and his style, the blues.

Rayford’s family moved to San Diego before his 12th birthday. He sang and played the drums. Eventually, he caught a break in Temecula. That’s where Rayford joined a band called Aunt Kizzy’s Boyz. By the mid-2000s, they were gigging almost nonstop and showed promise as competitors in the International Blues Competition in Memphis. After that, things got quiet for Sugaray.

It was his wife who brought him back to singing the blues in public, Rayford says. He was bouncing at a nightclub in Carlsbad. There was a blues jam at a neighboring venue, and Rayford wandered over from time to time. After settling in Los Angeles, Rayford ran the blues jam at Cozy’s until they closed in 2010. There, he jammed with names like Al Kooper, Slash, Def Leppard’s Vivian Campbell, and more. He joined the Mannish Boys band, and he released an album of his own that won Best Traditional Blues Album at the 2013 Blues Music Awards.