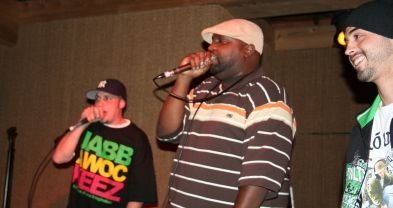 In 2005, Verbz, Madmonk, and AngryPoet were brought together by mutual friends in the hip-hop scene. They met one night at a party and started rapping. There was an instant connection between the different styles and rhyming patterns they each possessed. Since then, they've become great friends and are on a mission to bring back the boom bap sound.