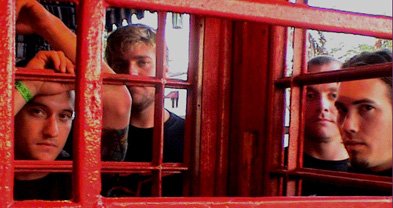 "Our name came from the foothills behind our neighborhood in El Cajon," says Erik Clabeaux, bassist/vocalist for Stolen. "Years ago, the property was sold to build a new housing development and a Wal-Mart. The hills were a part of all of our childhoods...we felt as if they had been stolen from us. We decided to carve 'Stolen Hills' in one of the concrete slabs in remembrance of the hills. When the band formed, we shortened the name."