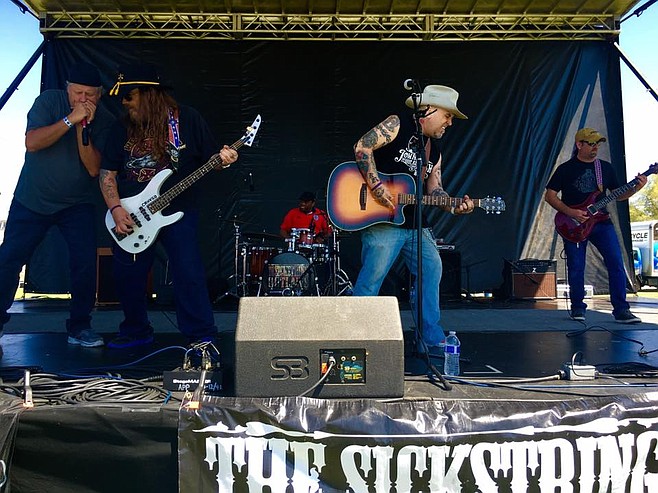 The Sickstring Outlaws are a rugged country band based in the North County. “We have an aggressive sound,” says the band, “with story-telling vocals about real life, hard-working men, the day-to-day struggle with substance abuse, and some of our most favorite honky-tonk heroes...we don’t try to sugar-coat anything.”

Drew Gino Zollo left the band in late 2015, sparking an acrimonious exchange of accusations on Facebook and elsewhere. An animated video for "Sounds Like a Country Song To Me" was pulled from Youtube due to a dispute over who had paid for the production.

"I'll be heading into the studio this month to lay down vocals for an upcoming movie about a country singer call Buckshot: The Movie," reported Ron Houston in summer 2016, referencing the Enzo Pictures film which includes a Sickstring Outlaws original as well as Houston singing a song written by director Josh Smith.

In Autumn 2016, the band posted online that "The Sickstring Outlaws are excited to announce that we will be working with Liberty Call Distilling and producing our very own brand of moonshine called Electric Moonshine, which will be sold online, in stores, and at our shows."